The lithium producer reduced full-year 2019 guidance and expects pricing pressure to remain in 2020, but better days are ahead.

At the beginning of 2016, lithium stocks were considered de facto growth investments. The argument was simple: The world produced relatively little lithium compared with what would be needed to keep pace with a tidal wave of electric vehicle (EV) launches at the beginning of the next decade.

At the end of 2019, investors are a little less optimistic about the near-term growth prospects for lithium producers. Case in point: Shares of Albemarle (ALB 2.47%) have now gained just 15% since the beginning of 2016, despite more than doubling from that starting point not too long ago.

The company's preliminary third-quarter 2019 operating results, in which Albemarle walked back full-year 2019 guidance and had some bad news about 2020, demonstrate that headwinds remain. Here's what investors need to know. 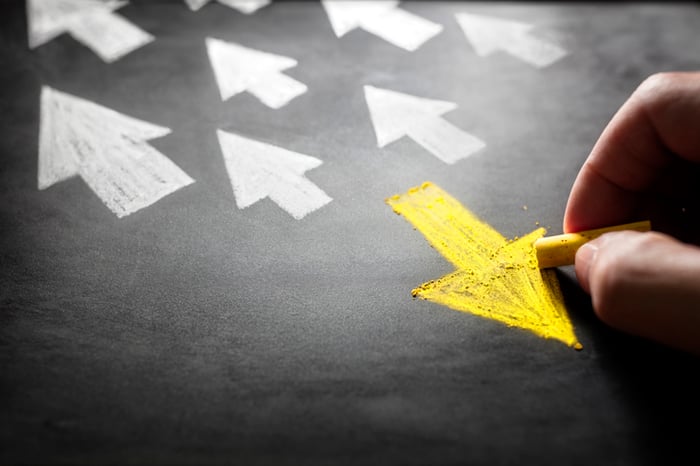 These 4 factors impacted the lithium business

Albemarle doesn't report official and finalized Q3 2019 operating results until Nov. 7, but decided to set expectations for investors in light of several disappointing developments. Here are the quarterly numbers the business expects to report and how they compare with the actual results from the year-ago period:

As the year-over-year comparison shows, the business is by no means struggling. It's just that both Albemarle and Wall Street expected even more. For instance, while the company expects to grow adjusted EPS handsomely from the year-ago period, the average Wall Street estimate for Q3 2019 adjusted EPS is $1.62, according to 21 estimates compiled by Yahoo! Finance.

Investors with a long-term mind-set might not see much to worry about for the lithium stock. That argument is bolstered considering that the primary factors affecting lithium operations in Q3 2019 were mostly outside of the company's control.

In all, factors outside of Albemarle's control are expected to reduce Q3 2019 EBITDA by about $30 million, although half of that will be recouped in the fourth quarter. Nonetheless, management decided to reduce full-year 2019 guidance as follows.

The reduced guidance for 2019 still reflects solid growth over the performance from 2018, but management and analysts had expected better. More chilling is the fact that Albemarle told investors full-year 2020 adjusted EBITDA is expected to come in lower than the amount generated in 2019. The reasons are simple: Lithium selling prices remain under pressure and the company isn't bringing any new production capacity on line.

But there is a silver lining to the current volatility in the lithium market. Albemarle significantly reduced its near-term lithium production growth plans several months ago. As a result, it now expects capital expenditures in its multiyear strategy to fall from $5 billion to just $3.5 billion, which will allow the business to generate free cash flow in 2021.

Put another way, Albemarle has to go through some operational adjustments in 2019 and 2020, but it will come out better positioned to invest in growth opportunities that are aligned with customer needs and global lithium demand.

Albemarle has scheduled its third-quarter 2019 earnings conference call for Nov. 7, which is when the official operating results will be discussed. The numbers could change from the preliminary tallies reported above, although large deviations from preliminary results are generally rare. More important, investors will get to listen to management explain the path forward for the business with the latest market factors sprinkled in. While the preliminary results are disappointing relative to prior expectations, the business remains on solid footing for the long haul.