Please ensure Javascript is enabled for purposes of website accessibility
Log In Help Join The Motley Fool
Free Article Join Over 1 Million Premium Members And Get More In-Depth Stock Guidance and Research
By Jeremy Bowman - Oct 28, 2019 at 11:05AM

You could own a piece of the largest legal marijuana company, or hedge your bets by taking a stake in its biggest investor.

For investors seeking to profit from the legal marijuana industry, the choice between Canopy Growth (CGC 15.76%) and Constellation Brands (STZ 1.13%) presents a unique conundrum. Since the Corona distributor owns about 40% of the Canadian pot grower, deciding between the two is essentially a question of whether you'd rather own a piece of a pure-play marijuana business or a diversified alcohol company that also has significant exposure to the marijuana industry.

As you can see from the chart below, while Canopy has had some more pronounced ups and downs, both stocks are trading below where they were on Aug. 15, 2018, when Constellation announced it was upping its stake in Canopy to 38%. But where do they stand, today, and which one now holds more potential to reward shareholders? 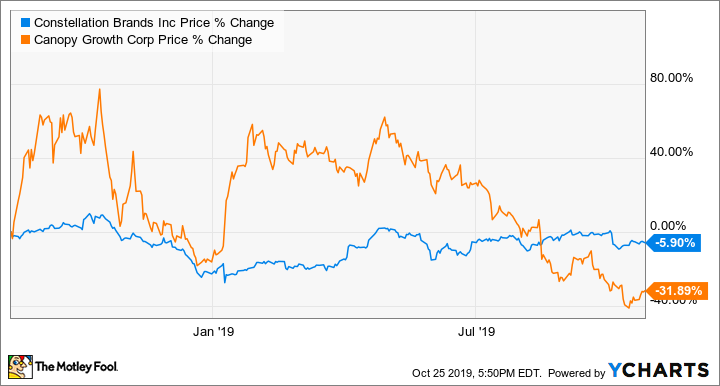 Marijuana stocks widely have fallen since Canada legalized pot for recreational use a little more than a year ago. In typical buy-the-rumor/sell-the-news fashion, high hopes and valuations have run up against hard realities, with a number of sector headwinds including regulatory issues and accounting errors coming into play. Canopy is no exception -- its stock is down 57% since Oct. 17, 2018. 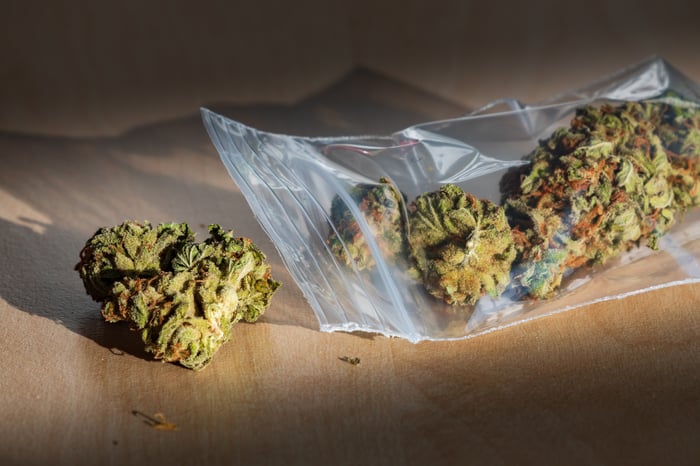 Other metrics pointed to its rapid growth, including 183% sequential growth in kilograms harvested. However, the company is still clearly in its high-growth investment phase, as it posted an operating loss of $123 million.

Earlier this year, Canopy also ousted co-CEO Bruce Linton, who had done much of the work that built the company. Among other things, he forged brand partnerships and secured the deal with Constellation. His removal was a sign that its losses had gotten deeper than some investors, including Constellation, could stomach.

Canopy has long been the largest pot company by market cap, but it faces the same fundamental challenges that many of its peers do -- differentiating itself and its products in a commoditized industry, and ultimately turning a profit. Though its Tweed brand is well recognized, Canopy, like the rest of the pot industry, still represents a significant risk. While the company's valuation seems more reasonable after the recent slide, it's still likely to burn cash for the foreseeable future as it expands. Considering the recent negativity in the sector, it may be hard for Canopy to bounce back until investor sentiments change broadly, or a catalyst like progress on U.S. legalization comes along. 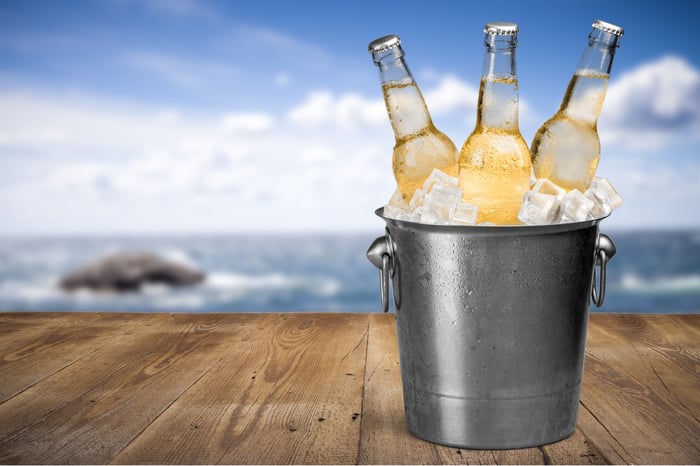 The stars look out of alignment

Like Canopy, Constellation was once a big winner for shareholders. Its shares marched higher from 2012 to 2018, gaining nearly 1,000% following the company's acquisition of the distribution rights to the Modelo Group's beers in the U.S. With clever marketing and an expansion of the line, which includes Corona, sales and profits surged.

However, its more recent moves haven't had the same type of effects. The blockbuster Canopy deal that cost it about $4 billion has thus far been a bust, and its acquisition of Ballast Point to move into the craft beer space has led to writedowns. The company also sold several discount wine brands as part of a strategy to focus itself on premium beverages.

In its second quarter (the most recently reported one), Constellation's beer business continued to show solid growth, with revenue and operating income up in the high-single-digit percentages, but overall growth was essentially flat due to the loss of business resulting from the sale of those lower-end wine brands to E.J. Gallo. Revenue increased just 2% to $2.34 billion, and adjusted operating income was up 1% to $792 million.

Considering that its beer business, which produces the majority of its sales, remains in good shape, Constellation should be in a better position after it completes the realignment of its wine and spirits segment, though headwinds from its Canopy stake could persist.

The biggest difference between these two stocks lies in their valuations. Constellation is a stable, profitable company, trading at a price-earnings ratio of around 20, which is near the market average. Canopy, on the other hand, is losing money and still has significant growth priced in, meaning it's only suitable for risk-seeking investors, and its volatility is likely to continue.

The possibility that marijuana could be legalized federally in the U.S. offers an intriguing opportunity for both companies. That scenario would give their partnership the greatest opportunity to succeed, as the two could jointly develop and market cannabis-infused beverages. U.S. legalization would also trigger Canopy's acquisition of Acreage Holdings, which would significantly increase its capacity.

However, U.S. legalization does not look imminent. Nothing is likely to happen at the federal level as long as Republicans control the White House and Senate, and momentum in the states also seems to have stalled, with attempts to legalize recreational pot in New York and New Jersey faltering as lawmakers found themselves unable to reach consensus on the details.

Given that climate, and the general negativity about pot stocks at the moment, Constellation looks like the better stock buy. Its steady profits put a floor under its share price, and it is in position to profit from any progress on U.S. marijuana legalization. While Canopy would also have significant upside potential in that scenario, it comes with much greater risk.