Despite the market's long-term track record of creating wealth, stocks can still fall on a day-to-day basis -- or even a year-to-year basis. Sometimes, that's due to legitimate factors, such as a business that's no longer relevant to consumers. Other times, it's due more to fear than a fundamental breakdown of the company behind the stock.

Investors should always try to buy low and sell high, of course, and it's when fear rules the market that investors have the best opportunity to carry out the "buy low" part. Of course, it's not always obvious while it's happening that a low price is really a deal, but if the underlying company remains strong despite a declining stock price, that's often a good sign. With that in mind, here are three stocks Wall Street has recently given up on that may well turn out to be decent investments for those thinking about buying now. 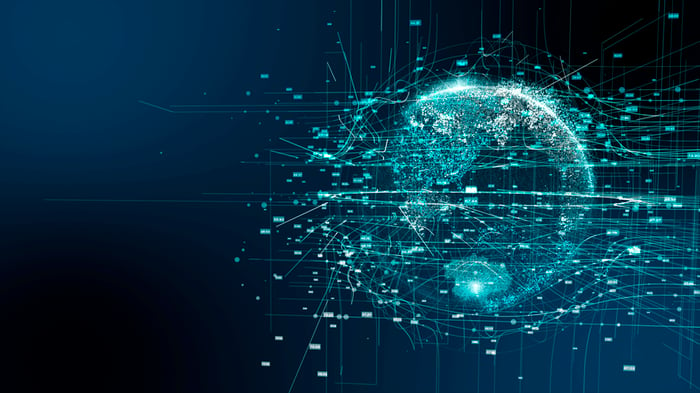 A strong international consulting business going through a rocky patch

Infosys (NYSE:INFY) is a well-known information technology consulting company based in Bangalore, India. Its shares recently hit a 52-week low on news that the company is facing an SEC probe based on potentially using unethical practices to boost its revenue and profit.

Infosys has a strong balance sheet, with nearly five times as much cash as debt. That balance sheet gives it the ability to handle even a fairly substantial fine and deal with some loss in its business over the short to medium term as it recovers from any hit its reputation may take.

The market had a good reason to knock Infosys' shares down. Still, for investors who have a long-term focus and the patience to wait for the probe and any aftermath to resolve, buying now that its shares have been knocked down may well prove to be a path to profit.

Six Flags Entertainment (NYSE:SIX) is well known for its amusement parks featuring roller coasters and other thrill rides.  That business is an incredibly seasonal one, and with winter being a substantially softer park season than summer, the market isn't expecting much over the next several months from this business. On top of those soft near-term expectations, the company's shares recently hit their own 52-week lows on news that this most recent season was even softer than expected.

That combination of underwhelming recent earnings and the start of the slow season means Wall Street and its incredibly short-term attention span probably won't pay much attention to the company for several months. If you have a longer-term perspective, analysts expect the company to earn $2.88 in 2020 and increase earnings by around 6.3% annualized over the next five years. With the market taking its shares down to around $43.16 on the recent bad news, you'd be paying around 15 times those estimated earnings.

That's a reasonable price to pay for a company with some expected growth ahead of it, making now a decent time for patient investors to consider a position. While the company's earnings did come in below expectations, it was recently able to negotiate a lower rate on its borrowing. It dropped a quarter of a percentage point from its variable interest-rate credit facility. That move is expected to save the company around $2 million in interest costs annually.

Given the weaker-than-expected earnings, the fact that it was able to negotiate a lower interest rate is about as important as the savings itself. Lenders don't tend to reduce interest rates for borrowers if they're worried about the borrowers' ability to pay them back. As a result, it's a sign that the company's key creditors aren't all that concerned about its future, even if the market is temporarily spooked.

When the market discards decent news, it may be time to buy

Drugmaker Eli Lilly (NYSE:LLY) also saw its shares touch a 52-week low recently, despite turning in earnings that beat expectations and raising its guidance for the full fiscal year. The key reason for the decline in its shares was that revenue came in below expectations. To some extent, the market had good reason to knock its shares down on a revenue miss.

After all, research-oriented drugmakers like Eli Lilly have a limited amount of time to profit from their creations before their patents run out and the compounds become generic. If such a company routinely misses its revenue forecasts, it loses out on money it needs to fund the research and development of its future product lines.

That said, analysts are expecting the company to earn $6.04 per share in 2020 and to still be able to increase earnings nearly 9.8% annually over the next five years. At a recent market price of $110.20, that values the business at around 18 times its anticipated earnings. While not dirt cheap, it's a reasonable price to consider paying for a solid company with a decent chance of getting past is current short-term hiccups.