Please ensure Javascript is enabled for purposes of website accessibility
Log In Help Join The Motley Fool
Free Article Join Over 1 Million Premium Members And Get More In-Depth Stock Guidance and Research
By Asit Sharma - Oct 30, 2019 at 11:56AM

The company increased investments in product marketing as it contemplates moderating growth in the year ahead.

In closing out its fiscal 2019 year, The Simply Good Foods Company (SMPL 1.74%) recorded another quarter of double-digit top-line growth and looked ahead to the pending close of an acquisition that will considerably boost its sales and adjusted EBITDA going forward. Results released Tuesday reveal that the small-cap dynamo, which sells the Atkins line of wellness packaged foods as well as its "Simply"-branded snacks and confections, also ramped up its marketing efforts -- which contributed to a weaker bottom line. As we discuss the quarter's details below, note that all comparative numbers are presented against those of the prior year's quarter.

Key highlights from the report 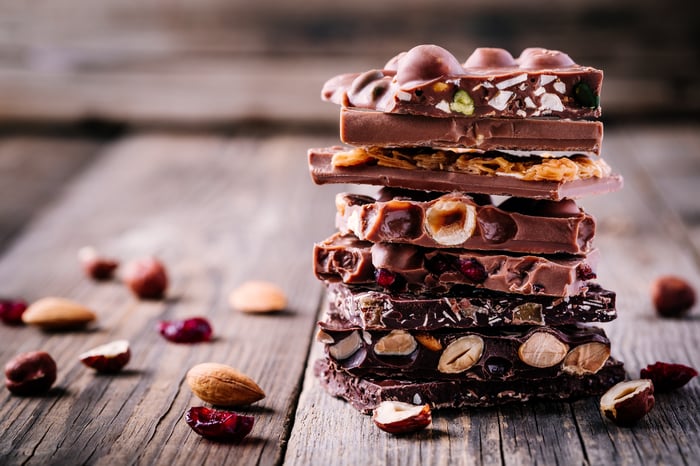 And while our consumer proposition is sound and our marketing efforts are on target, the magnitude of growth rate of our initiatives frankly surprised us and exceeded our best case scenarios. For perspective, fiscal 2019 was the strongest year of total retail growth for Atkins in over a decade, with over $100 million in retail growth.

Looking ahead to the new fiscal year, Simply Good Foods provided a broad outline of earnings expectations on Tuesday. The company anticipates top-line growth near the high end of its long-term 4%-6% expansion target. This expectation includes the headwind of a 52-week fiscal 2020 versus 2019's 53 weeks. However, the outlook is exclusive of any contribution from the organization's pending acquisition of Quest Nutrition.