2019 hasn't been a great year so far for United Therapeutics (NASDAQ:UTHR). The pharmaceutical stock was down 20% heading into the company's third-quarter update.

But United Therapeutics announced its third-quarter results before the market opened on Wednesday, spurring a nice jump in early trading. Here's what investors liked about the company's latest update. 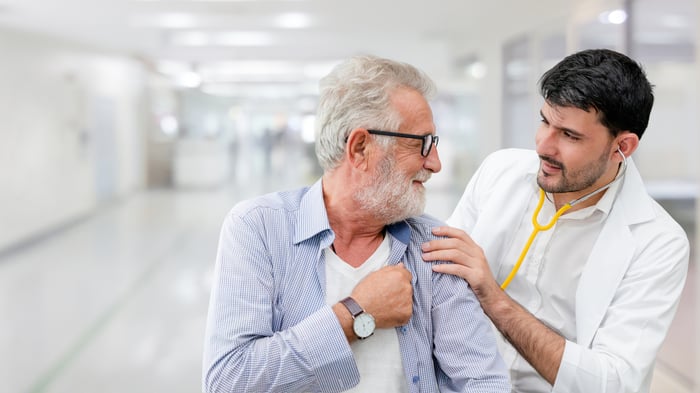 United Therapeutics reported revenue in the third quarter of $401.5 million. This reflected a 3% decrease from the prior-year period revenue total of $412.7 million. However, the number trounced the consensus revenue estimate from Wall Street analysts of $337.6 million.

There were several bright spots for United Therapeutics in the third quarter. Sales for the company's top product, pulmonary arterial hypertension (PAH) drug Remodulin, increased by 10% year over year to $168.3 million driven by strength in international markets.

The weak spot for United Therapeutics in Q3 was Adcirca. Sales for the drug sank 59% year over year to $30.3 million in the face of generic competition that entered the market in August 2018.

United Therapeutics' bottom line was boosted significantly in the third quarter by lower cost of product sales resulting primarily from a decrease in royalty expense for Adcirca. The company also cut spending across the board, with operating costs declining by 17% from the prior-year period.

Like most pharmaceutical stocks, United Therapeutics' lifeblood is its pipeline. CEO Michael Benkowitz highlighted several pipeline developments investors can look forward to in the near future.

The company continues to make progress with its late-stage clinical studies evaluating Unituxin in treating small cell lung cancer and evaluating Tyvaso in pulmonary hypertension (PH) associated with interstitial lung disease. In addition, the company should benefit from the recent update for Orenitram's product label stating that it can delay disease progression of PAH.