Just two weeks ago, Bristol-Myers Squibb's (BMY -0.55%) share price was barely where it was at the beginning of 2019. But the big drugmaker reported some positive late-stage results for its Opdivo-Yervoy combo with chemotherapy in treating first-line lung cancer. BMS also picked up another European approval for Opdivo. The positive news provided a nice boost for the pharmaceutical stock.

BMS had more positive news when it announced third-quarter results before the market opened on Thursday. Here are the highlights from the company's Q3 update. 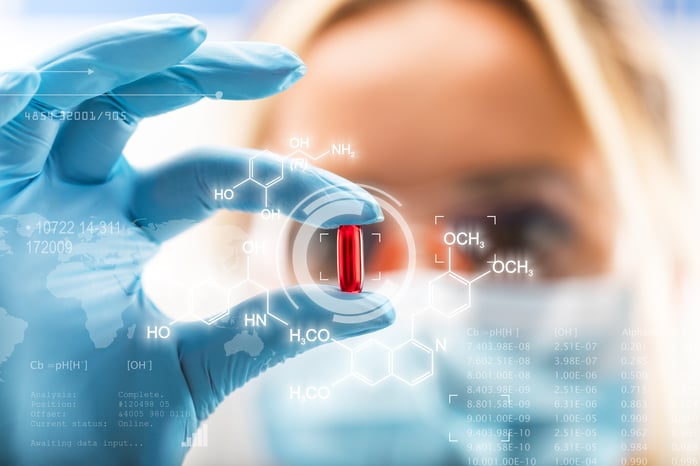 Bristol-Myers Squibb announced Q3 revenue of $6 billion, a 6% increase from the $5.7 billion reported in the same quarter of the previous year. This result topped the average analysts' revenue estimate of $5.89 billion.

The company reported Q3 net income of $1.4 billion, or $0.83 per share based on generally accepted accounting principles (GAAP). This represented a decrease from earnings of $1.9 billion, or $1.16 per share, reported in the same quarter of 2018.

BMS posted adjusted net income in Q3 of $1.17 per share, up 7% year over year from $1.09 per share. This handily beat the average analysts' earnings estimate of $1.07 per share.

Perhaps the most glaring detail of Bristol-Myers Squibb's Q3 results was the paltry 1% year-over-year sales growth for Opdivo. U.S. sales for the cancer immunotherapy even declined 5% from the prior-year period. Of course, Opdivo's overall sales of $1.8 billion weren't paltry. And the drug will almost certainly pick up momentum with new indications potentially on the way.

Several of BMS' other biggest blockbusters performed quite well in Q3, though. Sales for anticoagulant Eliquis jumped 22% year over year to $1.9 billion. Immunology drug Orencia and cancer drug Sprycel each delivered 14% year-over-year sales growth. Multiple myeloma drug Empliciti isn't a blockbuster yet but is picking up great momentum, with sales soaring 51% higher to $89 million.

What about that GAAP earnings decline? It shouldn't be a concern: A one-time special item was the culprit. The better number to focus on is the company's adjusted earnings per share, which reflected solid growth from the same quarter of 2018.

Perhaps the biggest news for BMS in the third quarter had no real impact on the company's financial results for Q3 but could be key to its fortunes in the future. The company announced that it, Celgene (CELG), and Amgen (AMGN -0.35%) entered into an agreement in which Amgen will acquire the rights to Celgene's immunology drug Otezla. This divestiture was needed to clear the way for BMS' acquisition of Celgene.

The biggest thing for investors to look forward to is the pending acquisition of Celgene. BMS expects this deal to close by the end of the year.