Hyatt (H 0.71%) was able to parry a lack of growth in revenue per room with higher fee and management income during the last three months. Third-quarter 2019 results released Wednesday displayed a healthy top-line increase, despite industrywide pressures of moderating occupancy and flat daily room rates. As we walk through the global hotel franchise's filing below, note that all comparable numbers refer to those of the prior-year quarter. 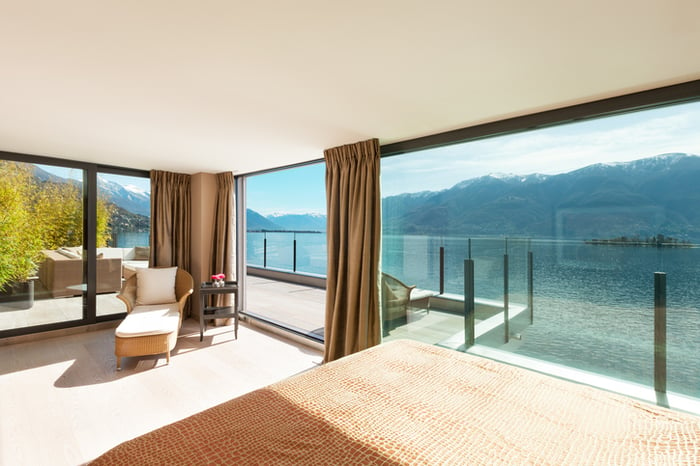 The Hyatt Regency Atlanta sale and simultaneous origination of a long-term management contract exemplifies Hyatt's strategy to become a more "capital-light" hotelier, emphasizing the licensing of its brands and property management over hotel ownership. In Hyatt's earnings press release, CEO Mark S. Hoplamazian touched on the progress of this business model shift while also discussing the broader economic environment -- always a concern for investors in consumer discretionary stocks:

We expect to end the year with approximately 57% of our earnings coming from our hotel management and franchise business, an increase of roughly 400 basis points from 2018. Our pipeline remains robust while continuing to deliver solid organic net rooms growth of almost 8% this quarter, net of the acquisition of Two Roads in the fourth quarter of 2018. While the current global operating environment is challenging, we feel confident in our ability to manage through volatility and identify opportunities to strengthen our brands and performance.

Revisions to the 2019 outlook

For the second time in as many quarters, Hyatt reduced its unit revenue outlook on Wednesday. The company now expects comparable systemwide RevPAR to grow just 0.5% in 2019 against the prior year, versus last quarter's estimate of a 1% to 2% increase.

Full-year net income is now projected to fall between $431 million and $470 million, in comparison to the second quarter's estimate of $231 million to $275 million. The jump in net profit expectation is primarily due to the anticipated gain on sale of the Hyatt Regency Atlanta.

Adjusted EBITDA for 2019 is anticipated to land between $730 million and $745 million, a slight decrease from the previous range of $755 million to $775 million. This is due to the anticipated decline in RevPAR and the loss of revenue from the Hyatt Regency Atlanta postsale.

Finally, the company affirmed its expected room growth rate of 7.25% to 7.75% over units added in 2018. The net room growth target equates to approximately 85 new hotel openings; management affirmed that the company is on track to hit this mark by year end.