Services are so profitable that the segment represented 18% of revenue last fiscal year -- but 30% of gross profit.

For the past few years, Apple (AAPL -0.43%) has been on a campaign to shift investor attention to its growing services business. It's been an ongoing effort to take hold of the narrative and downplay concerns around the slowing iPhone business, which has seemingly peaked. Given the sheer size of the iPhone segment, that was always destined to be an arduous task, but the Cupertino tech giant remained focused on achieving its goal of doubling its services business by 2020.

Apple is on the cusp of that milestone, and it's already paying off. 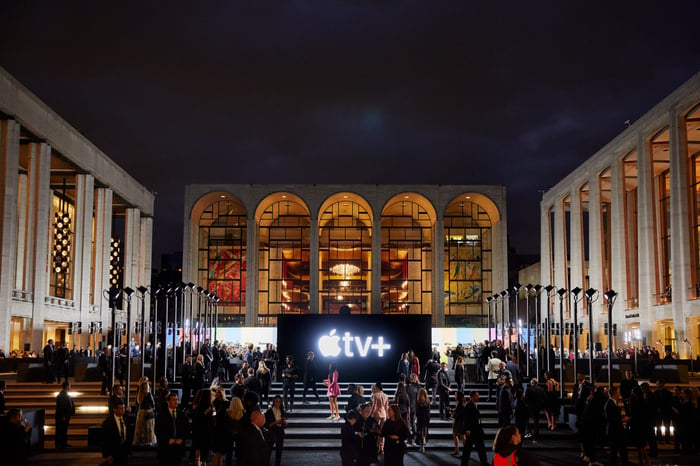 Services are about twice as profitable as products

Starting last fiscal year, Apple changed its financial reporting to distinguish the profitability of products compared to services, providing gross margin data for each category. Investors had long known that services were far more profitable, but the new granular detail really drove the point home. Here's how profitable products and services were in fiscal 2019.

Put another way, services accounted for 18% of revenue last fiscal year -- but 30% of gross profit -- since that segment is roughly twice as profitable as hardware products on a gross margin basis.

"We also established new all-time records for the App Store, Apple Care, Music, Cloud Services, Payment Services and our App Store search ad business," CFO Luca Maestri said yesterday during the earnings call. "In total, services accounted for 20% of our revenue mix and 33% of our gross margin mix [in the fourth quarter]."

Since services revenue is far more profitable, the business generates an outsize proportion of the company's overall gross profit. Remember that Apple has always prioritized gross margin dollars over gross margin percentages because it can use those extra dollars to help fund operating expenses like rising research and development investments.

Apple has come a long way over the past two years: Services accounted for just 10% of revenue and 16% of gross profit in the fiscal first quarter of 2018. 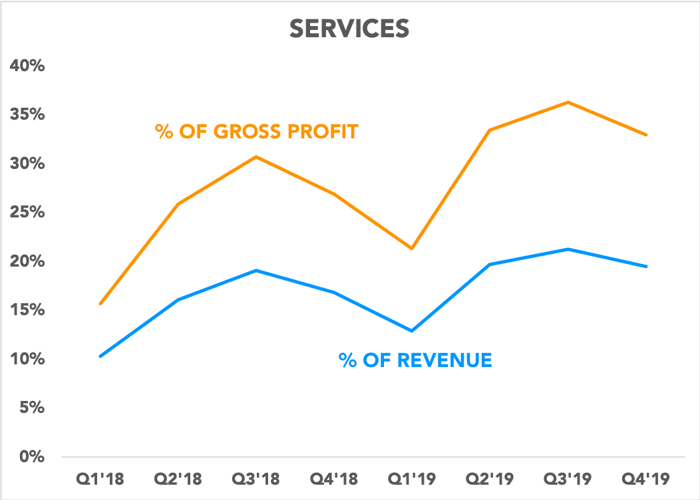 Note that there's a seasonal dip in the first quarter of each fiscal year (calendar fourth quarter) since that corresponds to the holiday shopping season, when Apple tends to sell a boatload of hardware. That's partially why Apple's gross margin guidance is about flat on a sequential basis, despite the operating leverage that the Mac maker will enjoy.

"Also keep in mind that during the holiday season, we have a higher mix of products revenue than we have in other quarters, and that obviously is dilutive to the company margin," Maestri noted when discussing guidance for the coming quarter.