Vermilion Energy reported a net loss of 10.2 million Canadian dollars ($7.7 million), or CA$0.07 per share ($0.05 per share), for the third quarter. That fell well short of the CA$0.04-per-share ($0.03-per-share) profit that analysts anticipated. The main issue was that its production declined by 6% from the prior quarter due to several headwinds, including maintenance, unplanned downtime, and weather delays. 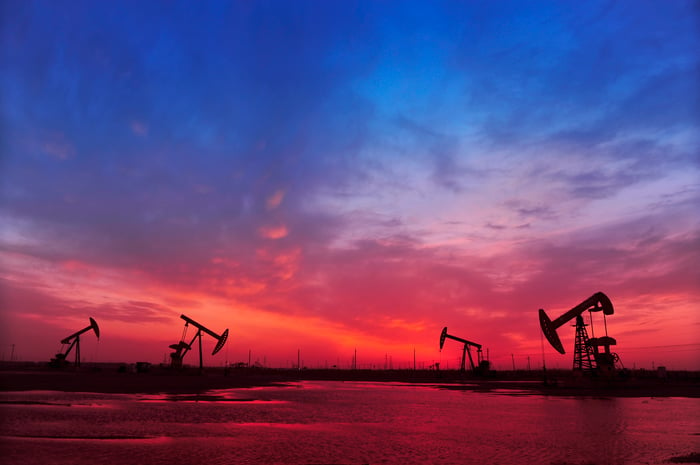 Those issues, as well as a plan to shave CA$10 million ($7.6 million) off its capital budget, will result in the company producing less than it initially expected this year. It now sees output averaging between 100,000 and 101,000 barrels of oil equivalent per day (BOE/D), down from its prior view that it would produce 101,000 to 106,000 BOE/D. As a result, production will only increase by about 5% on a per-share basis this year.

Vermilion also provided its initial outlook for 2020. It expects to spend CA$450 million ($342 million) on capital projects, down from the CA$520 million ($395 million) it now intends to spend this year. As a result of that reduction, it expects its production to be between 100,000 and 103,000 BOE/D in 2020, only about 1% higher than this year's average. However, by reducing spending, Vermilion will generate more free cash that it can return to investors through its high-yielding dividend and share-repurchase program.

Continued volatility in the oil market is causing Vermilion to adjust by reducing spending. That will enable the company to produce more free cash so that it can support its dividend and repurchase its beaten-down stock. The company believes that this approach will allow it to maximize shareholder value over the long term.