Shares of California Resources (OTC:CRC) had rocketed more than 37% by 10:30 a.m. EDT on Friday. Fueling the energy company's rally was its strong third-quarter report.

California Resources posted an adjusted profit of $17 million, or $0.35 per share, during the third quarter. That was quite a pleasant surprise, given that analysts had expected the oil company to report a loss of $0.50 per share. 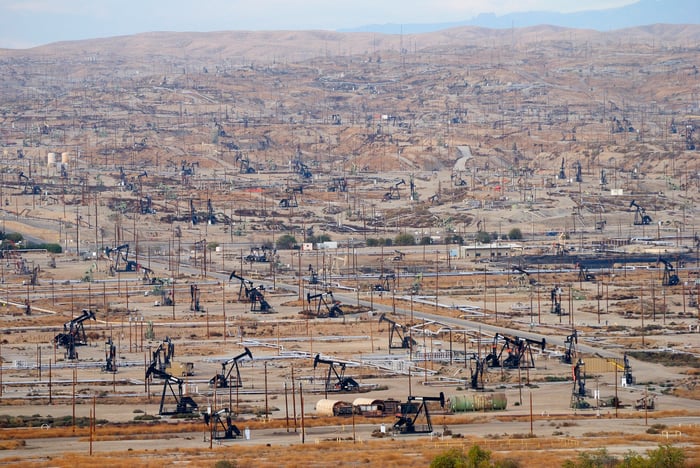 The company delivered those strong earnings even though production fell 6% year over year due to the sale of Lost Hills. It was able to offset that impact by driving down costs. Production expenses, for example, fell from $18.92 per barrel to $18.82. Meanwhile, general and administrative costs decreased from $81 million to $66 million. By reducing costs California Resources was able to benefit from higher realized commodity prices in the quarter, thanks to its hedging program. That enabled it to generate $268 million in cash flow during the quarter, which in turn allowed it to fund its capital program with $151 million left over.

The company used some of its excess cash to pay down debt. It repurchased $153 million in face value of its notes for $90 million during the quarter. That move not only strengthened its balance sheet but will also help reduce future interest expenses.

California Resources produced an unexpected profit and gusher of cash flow during the third quarter thanks to its cost-cutting initiatives. That gave it the funds to buy back some of its debt at a discount, which will help accelerate the improvement in its balance sheet. While that's a step in the right direction, this oil company still has a long way to go given the $5 billion of debt it still has outstanding.