Investors have all but given up on Puma Biotechnology (NASDAQ:PBYI), which is really saying something. Two short years ago, the company's lone drug product, Nerlynx, was expected to generate peak annual sales of at least $1.25 billion. Wall Street analysts had price targets as high as $125 per share -- and the stock actually exceeded that level.

But the market got a little ahead of itself. After earning a surprisingly broad approval from the U.S. Food and Drug Administration (FDA) relative to its checkered tolerability and efficacy profile, Nerlynx got off to a slow start as a drug for boosting survival rates in women who had breast cancer. Investors eventually learned that patients have struggled to remain on treatment for the approved 12-month regimen, which explains its difficulty growing revenue and why its shares sit lower than $8 now.

That also makes the next quarterly update in early November very important for investors. 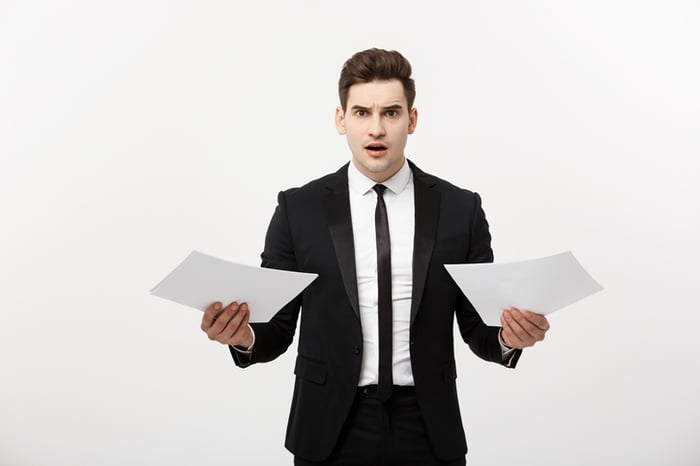 Can Nerlynx overcome its weaknesses?

The growth story for Nerlynx began to unravel after the first-quarter 2019 earnings conference call. That update provided the first glimpse into the drug's trajectory after its first year of being on the market. Since it's only approved to be used for 12 months, the update provided a better picture of new prescriptions and the willingness of experienced doctors to prescribe Nerlynx to patients. The results weren't promising.

A high discontinuation rate certainly complicated the drug's reputation among doctors who had already questioned its value proposition. Nerlynx costs over $10,000 per month and provides a relatively small survival benefit to a small population of patients.

That hasn't deterred Puma Biotechnology. It had been exploring combining Nerlynx with multiple anti-diarrheals (the initial label approved the use of loperamide) to improve tolerability. Interim data from the control phase 2 trial showed that a combo of Nerlynx, loperamide, and budesonide dropped the discontinuation rate due to diarrhea from 18% to 11%. The discontinuation rate for any reason dropped from 44.5% to 20.3%.

In early October, the FDA approved a label supplement including the new side effect data for the combination. Puma Biotechnology is hopeful that will increase awareness among doctors and patients of solutions to treat the most common side effect, allowing patients to finish treatment. Will it be enough? 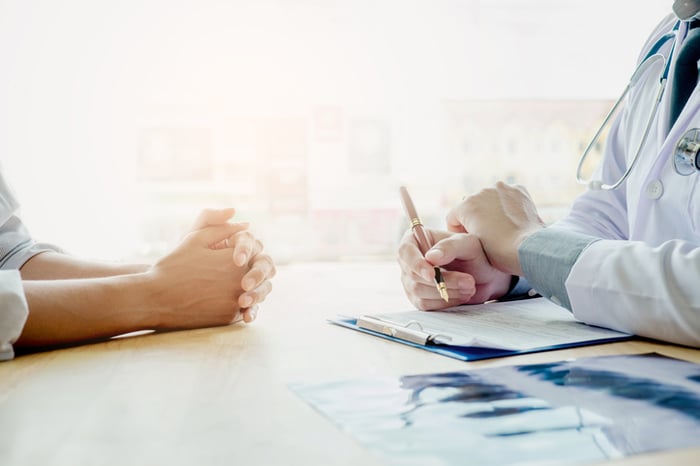 Investors are taking a wait-and-see approach

Despite what might be viewed as a rare positive development for the company, shares have fallen 31% since the announcement of the label supplement approval. Perhaps investors are simply taking a wait-and-see approach, or perhaps Wall Street was expecting to see a greater reduction in diarrhea-related discontinuations in the new combination including budesonide.

Either way, management will need to provide more details on the upcoming third-quarter 2019 earnings conference call. Providing strong guidance for fourth-quarter 2019 or full-year 2020 product revenue would help to give investors a little more confidence in the company's only drug product.

Leading up to the next quarterly update, some investors may be tempted to think of Puma Biotechnology as a value stock. The company is valued at less than $300 million, which works out to about three times the expected product revenue for the year. That's a relative bargain, but it's important to remember the overall context, including struggling efforts to grow product revenue and money-losing operations.

The pharmaceutical stock could very well turn out to be a bargain, especially if the new anti-diarrheal combo can stem the tide of discontinuations. But if the label supplement doesn't do the trick, then investors will be grinding it out much longer while the company slowly inches its way to break-even operations. Simply put, it's much better to wait for the next update -- and likely several more -- before considering adding Puma Biotechnology to your portfolio.