Uber wants to expand beyond ridesharing into mobile payments with Uber Money. Investors will be eager to see whether it can match Apple Pay's success.

Ride-hailing giant Uber ( UBER -5.21% ) is branching out into fintech. Uber recently announced a debit card and account service for its drivers (and eventually for its customers) that will be part of its umbrella financial-services division, Uber Money. Management hopes the expansion into fintech will help boost its stock -- and maybe even help Uber compete with Apple ( AAPL -0.32% ). 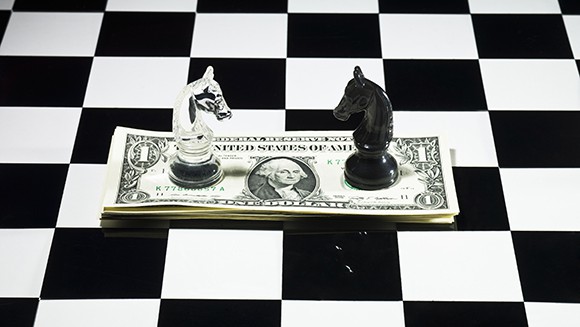 Uber Money will offer debit cards and accounts to make it easier and faster to pay drivers. The financial service will also help drivers save on gas with cash back on debit card purchases. "We ... want to make every dollar earned on Uber go further, which is why the refreshed Uber Debit Card will launch with cash back on gas starting at 3% and up to 6% for the highest tier of Uber Pro drivers," said Peter Hazlehurst, head of Uber Money.

Since Uber's IPO launch in May, shares have fallen below its list price of $45. While it's true that Uber lost a massive $5.2 billion in its Q2 earnings, the rideshare company took on serious debt to invest in its other successful ventures, such as Uber Eats. With its investment in financial services, Uber hopes to get into the lucrative fintech industry and become an alternative to Apple Pay.

Apple's stock rose after a positive fourth-quarter earnings report. Revenue from Apple Services, including Apple Pay, surged by 18% to $12.5 billion. With millions of customers paying for services online and via their devices, Apple CEO Tim Cook touted the success of Apple Pay, saying it's "now live in 49 markets around the world with over 6,000 issuers on the platform. We believe that Apple Pay offers the best possible mobile payment experience and the safest, most secure solution on the market. We're glad that thousands of banks around the world participate."

Uber vs. Apple: Which stock is stronger?

Apple found success by branching out beyond iPhones to financial services. Apple Pay's wins came via a wider acceptance of the mobile payment service in stores and the iPhone's continued dominance of the smartphone market. The stock has been performing well, and the company will probably continue to dominate the growth of cashless payment.

Uber's stock may not have the same success. While some investors are bullish on Uber because of its strong ridership numbers in Q2, Uber Money is unlikely to boost the sluggish stock performance because it lacks a large subscriber base like Apple Pay's. Until Uber turns a profit in the long run or has a strong Q3 earnings report in the short term, investors will be skeptical about Uber challenging Apple in the fintech industry.