Please ensure Javascript is enabled for purposes of website accessibility
Log In Help Join The Motley Fool
Free Article Join Over 1 Million Premium Members And Get More In-Depth Stock Guidance and Research
By Victoria Rohrer – Nov 4, 2019 at 10:55AM

Will users trust the social media giant to deliver information about preventative health? Facebook hopes so.

On Oct. 28, Facebook (META -1.69%) announced it added a healthcare feature to its platform. This tool will take a user's age and gender and then provide preventative healthcare information, such as suggested checkups.

"The tool allows people to mark when tests are completed, set reminders to schedule future tests and tell loved ones about the tool to increase awareness of preventive care. People can also learn more about each checkup and find affordable places to receive care," said Facebook in a press release. Facebook said the aim of this new feature is to help users become more proactive when it comes to their health.

In the press release, the social media company said it realizes many people do not have health insurance and to help these users get affordable care, the preventative health feature helps users find nearby Federally Qualified Health Centers. Located in disadvantaged regions, the health centers offer care to everyone, even if they cannot pay for it. 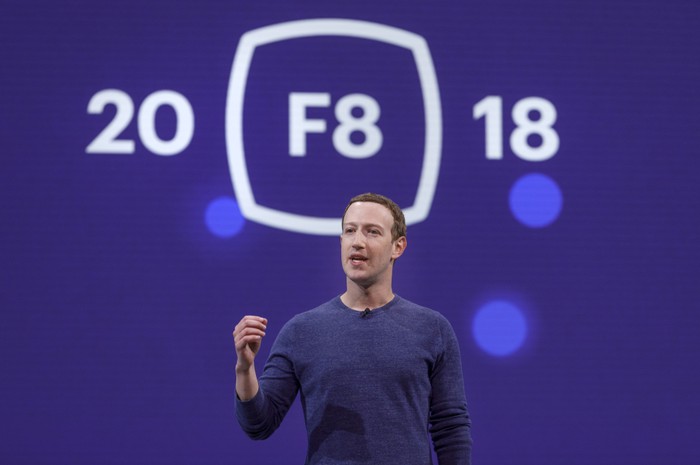 As of Oct. 28, the feature became accessible by typing "preventative health" into the Facebook mobile app. Users can enter their name and age to receive tailored preventative health information meant to encourage talks with the user's primary care doctors.

But with all the hot water that Facebook has found itself in as the result of its mismanagement of user data in the past, will Facebook users trust the platform enough to rely on it for health advice?

It's not going at it alone

In a smart move, the social media company has enlisted the help of health experts to make this happen. Facebook teamed up with four national medical groups to launch this initiative: the American Heart Association, American Cancer Society, American College of Cardiology, and the Centers for Disease Control and Prevention. The feature's recommendations are powered by content that has been scientifically researched and proven and are provided in an easy to understand format without medical jargon.

"The goal here is to take the amazing wisdom of our partner organizations and deliver it in a consumer-friendly way to the pockets of our entire Facebook community so they can engage in its preventive health recommendations and advice and become their own health advocates," said Dr. Freddy Abnousi, Facebook's head of healthcare research.

Heart disease is the top killer of both men and women globally which is why Facebook decided to partner with these particular groups. Preventative measures such as monitoring blood pressure and cholesterol, eating healthy, and exercising are just a few of the things the feature may suggest to a user to positively impact their heart health. Cancer is the second leading cause of death and the leader of premature death in the U.S. In the U.S alone, up to 40% of premature deaths can be prevented, with heart disease and respiratory disease among the top causes, according to the CDC. Healthier habits and changes to personal behavior are among ways to avoid these preventable deaths.

Although Facebook made assurances that no information exchanged in the feature would be seen outside a small group of Facebook employees and that strict privacy and ad controls would be maintained, many still have an issue with its foray into healthcare. Critics who think Facebook already possesses too much information from its over 2 billion users are not thrilled to see the company moving into one of the most sensitive topics in people's lives. Just look at how Congress members received CEO Mark Zuckerberg when he tried to make a case for Facebook entering the financial space with its cryptocurrency Libra. It did not go well.

If someone uses Facebook's map to find a doctor or clinic, the company can see aggregate data about which doctors users are choosing. Facebook also added that it will not use the information collected through the feature to send targeted ads to users. All the data collected will be stored in a specific way that requires special access permission from Facebook employees. But as many market watchers know, what Facebook says it will do and what Facebook actually does in practice are two different things.

Abnousi said he realized some users might cringe at the idea of using Facebook for health concerns. "There are people who are not going to be terribly happy about some of this," said Abnousi. He suggested users could read the recommendations and forget about the appointment reminders if they are not keen on utilizing all the features of Facebook's new tool.

If anything else, the timing for Facebook is not great. Zuckerberg will soon face Congress over possible antitrust abuses in 47 states. New York Attorney General Letitia James said in a press release Facebook is under examination about whether it put "consumer data at risk, reduced the quality of consumers' choices and increased the price of advertising."

The U.S. is a leader in healthcare spending, coming in third after Germany and Russia. In 2018, the U.S. spent $3.65 trillion which was 4.4% higher than in 2017. With Facebook offering preventative health information for free, people may be more inclined to use this feature. Investors who are looking to capture the growth in social media platforms should consider purchasing Facebook shares. Its revenue per user is continually growing and the healthcare industry is on an upward trajectory.

There remains a risk that the social media giant will eventually be broken up. Several of the Democratic presidential candidates have included breaking up the tech giants as part of the platforms they are running on. U.S. Department of Justice's antitrust chief, Makan Delrahim said that breaking up big tech companies, including Facebook, is "perfectly on the table."

Facebook has a trailing P/E ratio of 30.92 compared to Twitter’s (TWTR 0.43%) at 14.54. This is a pretty large gap between the two, showing Twitter is a better deal for investors today. The five-year PEG ratio for Facebook is 1.3 while Twitter’s is 1.16. While not a huge gap, Facebook seems to be slightly more overvalued than Twitter, which could lead some investors to steer clear and see how the social media giant does with its new venture into healthcare.