Earnings day is just three days away. What if Bloom reports a profit?

So what's the explanation for this sudden enthusiasm over Bloom Energy stock? If I had to make a guess, I'd say it's that this isn't "enthusiasm" at all but rather short-sellers having an attack of nerves.

Bloom Energy, after all, has been very good to short-sellers of late. Because it has shed 85% of its value over the past year, folks betting against the stock have made a lot of money. But here's the thing:

In just three days, after close of trading on Thursday, Nov. 7, Bloom is due to report its fiscal Q3 earnings results. 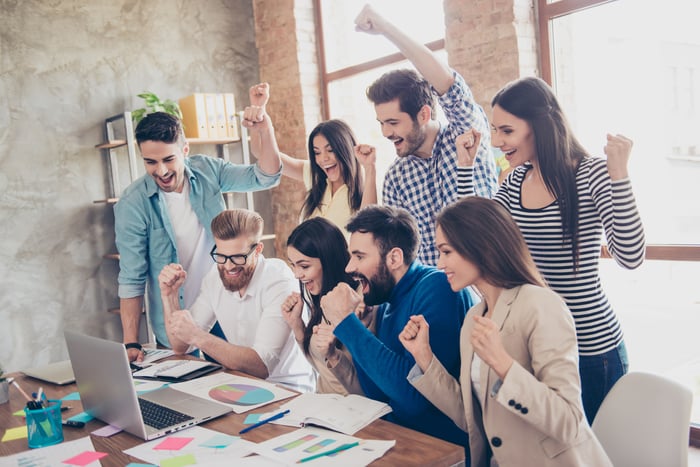 Now, Bloom's numbers might not be great this week. (Indeed, investors are braced for negative earnings.) But analysts think there's a reasonable possibility that Bloom will break even and report neither profits nor losses but $0.00 per share earned. Not losing money is a pretty low bar to clear, even for Bloom, and in the event investors react positively to such news, short-sellers will probably be elsewhere when that happens.

Thus my guess: Today's surge in "buying" at Bloom Energy is actually more a case of a lot of short-sellers trying to out their short positions in unison so as to protect the profits they've already made -- just in case Bloom surprises and reports a profit of some sort on Thursday.

With earnings forecasts as dismal as they look, even a surprise as small as just a penny-a-share profit could cause a lot of pain to short-sellers.