Find out why these stocks missed out on the market rally.

Wall Street kept celebrating on Monday, delivering fresh record highs for the major benchmarks in the process. As long as trade discussions between China and the U.S. appear to be going relatively smoothly and have a chance at eventual success, investors seem willing to look past those issues and focus on more general economic strength. Yet some companies had to deal with less-than-perfect news that sent their share prices lower. NVR (NVR -1.44%), Insperity (NSP -1.04%), and Omeros (OMER -3.12%) were among the worst performers. Here's why they did so poorly.

Shares of NVR fell 7%, leading just about the entire homebuilding industry lower. Investors in homebuilder stocks have faced a tug of war in recent days, as some analysts have argued that after a strong run higher for NVR and its peers, a pullback in the housing market is warranted because of future uncertainty. Yet others believe that reductions in short-term interest rates will help keep the longer-term rates that determine mortgage costs in check as well, and that could help extend the cyclical strength in homebuilders for a while longer. Long-term rates did move higher Monday, but it'd take a much larger uptick to have a marked impact on mortgage activity and thereby hurt NVR. 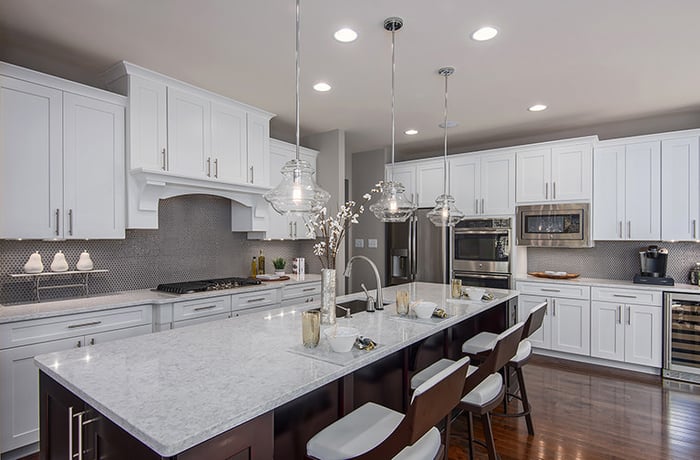 Insperity saw its stock plunge 34% after the human resources and business specialist released poor third-quarter financial results. Revenue was higher by 13% compared to the year-earlier period, but adjusted earnings per share fell 22%. CEO Paul Sarvadi pointed to "disappointing" activity levels in large medical claims, but he tried to emphasize that Insperity's long-term strategy remained intact. Nevertheless, investors kept their eyes focused squarely on short-term impacts, and Insperity's reduction in full-year earnings guidance came as a huge shock to those who'd had high hopes for the high-growth company.

Finally, shares of Omeros sank 16%. The maker of the Omidria treatment for cataracts fell following news that a new rule from the Centers for Medicare & Medicaid Services included a finding that the treatment didn't significantly reduce fentanyl usage during surgery. Omeros CEO Gregory Demopulos tried to highlight the "perverse incentive" that an adverse decision against Omidria might have in encouraging greater opioid use. Even so, shareholders seem worried that an ongoing look from Medicare to evaluate the benefits of Omidria might not result in the positive outcomes that Omeros and its chief executive expect.