TechnipFMC started October off on a positive note by winning work on several energy-related projects around the world. TechnipFMC and its partners won a contract to build the onshore facilities for a major LNG project in Mozambique. It also won "significant" contracts to construct a new gas pipeline in Vietnam as well as to work on an offshore development in Australia. Finally, a major oil company awarded it with a contract to support one of its projects in the Gulf of Mexico. 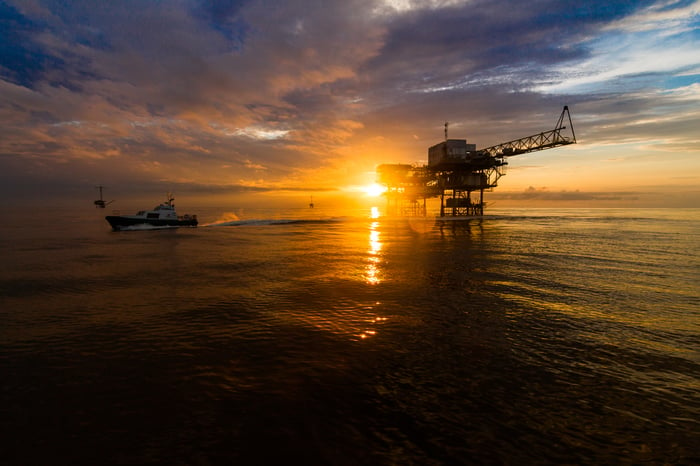 However, the company's third-quarter results overshadowed all the good news on the contract front. That's because they fell short of analysts' expectations on both the top and bottom lines. While TechnipFMC's revenue rose 6.4% year over year to $3.34 billion, that missed the consensus estimate by $200 million. Meanwhile, the company's adjusted earnings of $0.12 per share came in a surprising $0.38 per share below expectations.

One of the issues was weaker margins in its surface technologies segment due to the impact a slowdown of drilling activities in North America had on volumes and pricing. That more than offset improvements in international markets, which benefited from its progress on major projects.

Weakness in the North American onshore drilling market due to the continued volatility of oil prices weighed on TechnipFMC last month. The impact that oil price volatility can have on its operations is why the company is working to separate its engineering and construction arm from its oilfield service operations. The company hopes that this split will enable the two independent companies to unlock the value it initially hoped to create when forming TechnipFMC via a merger in 2017.