Shares of TechnipFMC (NYSE:FTI) are down 12% at 12:55 p.m. EDT on Oct. 24 following the release of the company's third-quarter financial results late yesterday. The company reported revenue of $3.34 billion and earnings of $0.05 per share on a GAAP (generally accepted accounting principles) basis, and $0.12 per share adjusting for certain nonrecurring charges and credits.

Revenue was up 6.1% from last year, while profits fell 84% and adjusted earnings fell 61%. Adjusted earnings also came in well below estimates from Wall Street analysts, who were looking for $0.49 per share from the energy sector services provider. 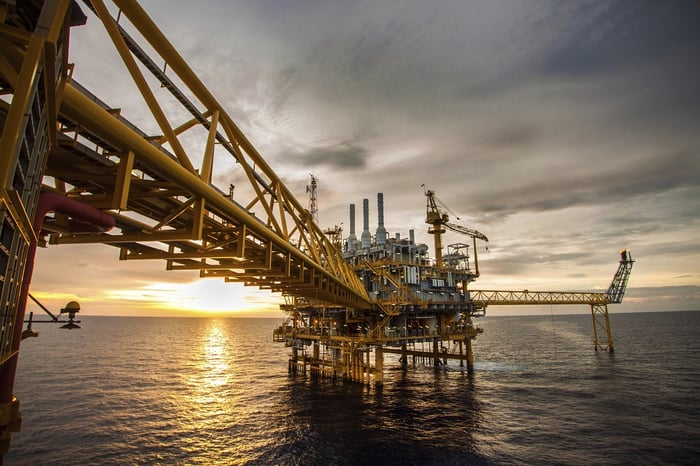 In addition to the miss versus expectations and the decline in earnings from last year, investors are also likely responding to the decline in orders. TechnipFMC said inbound orders were $2.6 billion, down 28% from $3.65 billion year over year.

There are some positive catalysts on the horizon for the company. In particular, global spending to bring LNG projects online in coming years should help drive a lot of business the company's way. That's one of the things behind the growth in its overall backlog. Despite a decline in orders in the third quarter, TechnipFMC's total backlog of $24.1 billion is 59% bigger than it was one year ago, a remarkable $9 billion gain in future business.

However, the company's move to separate into two independent companies in the first half of 2020 does add some near-term uncertainty. The company will dedicate additional resources to this process, which will spin off a separate engineering and construction company from the technology and services business.

This spin-off will happen only about three years after the existing company was formed from the 2017 merger of FMC Technologies and Technip, a move that management is selling as "creating two diversified pure-plays" instead of the combined services and construction businesses.

Add it all together, and the next year will mean a lot of change for TechnipFMC and its investors, who will own shares of two separate companies if they hold through the spinoff. Considering that the company has lost almost 42% of its value since the 2017 merger, maybe separating the business -- again -- finally delivers the returns management promised but has yet to deliver.

There are signs of strength in parts of the value chain, particularly slow but consistent growth in offshore spending and big emphasis on LNG development. Whether the company (companies) can leverage those opportunities into market-beating returns remains to be seen.