Yes, the company is already listed on the Toronto Stock Exchange and the Nasdaq, and no, it didn't float a pack of new shares on either. Rather, the company's latest stock market adventure took place far overseas. Here's the skinny about Cronos' recent involvement in an IPO, and why you might not be familiar with it. 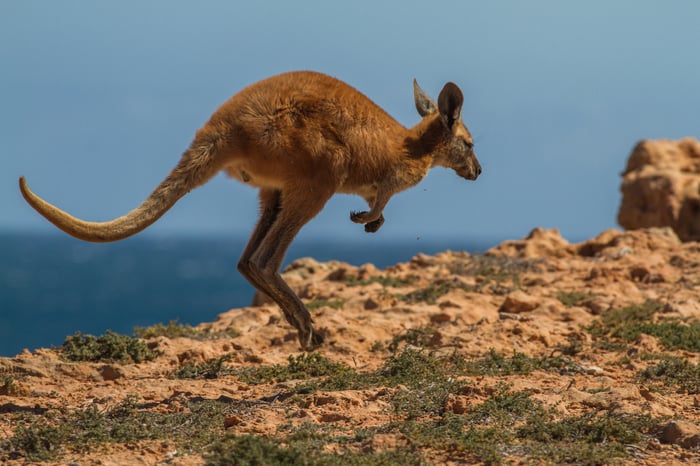 The IPO was for Cronos Australia, which at the risk of stating the obvious is Cronos' top asset in that country. Australia legalized medical cannabis in 2016, and since then a score of companies, some publicly traded, have emerged to capitalize on the opportunity; prior to its IPO, privately held Cronos Australia was a 50/50 joint venture owned by Cronos and a local private equity firm, NewSouthern Capital. Together, the two decided to raise capital for Cronos Australia via the stock market.

Now that Cronos Australia has gone public, Cronos' holding has fallen to roughly 31% of the Down Under company's issued capital. The IPO brought in gross proceeds of 20 million Australian dollars ($14 million), and Cronos Australia stock should land on the Australian Securities Exchange this week.

According to Cronos Australia's IPO prospectus, the top uses for these proceeds will be product/business development, patient acquisition, and brand building. The company is licensed to both import and export product; with the latter authorization, it plans to use Australia as a hub to distribute its wares throughout the Asia-Pacific region. Cronos Australia, at least for now, is effectively a distributor of Cronos' Peace Naturals medical cannabis product line.

Compared to Cronos as a whole, Cronos Australia is a small fry. Even after the broader decline in the share prices of North American marijuana stocks, Cronos Group still has a market capitalization of nearly $2.8 billion, dwarfing the proceeds of the IPO.

Zooming out further, sales within the broader Australian legal medical cannabis market have been estimated at just under AU$18 million ($12 million) annually. That's barely a wisp of smoke compared to the $3.3 billion to $3.8 billion made in the U.S. last year, according to data compiled by Marijuana Business Daily.

Finally, not only is Australia a small market filled with a clutch of companies competing for medical marijuana business, it's also attracted notice from determined foreign cannabis players. Among these is Cronos peer Aurora Cannabis (NASDAQ:ACB), which has strategic stakes in not one but two Australian companies in the industry.

One of these, Cann Group, is a publicly traded operator that aims to enlarge its cultivation footprint in the country. It already owns two cultivation facilities, and is currently in the midst of building No. 3. Cronos Australia hasn't yet built its first. Having a network of several could give companies like Cann Group (and by extension Aurora) a stronger foothold in the country.

A plant grows in Australia

Interestingly, in its IPO prospectus, Cronos Australia made barely any mention of the most significant development in the country's cannabis scene: its first legalization of the growth and possession of recreational marijuana.

Even though this applies to only one geographically small part of the nation -- Australian Capital Territory (ACT), the region including and surrounding the capital city of Canberra -- it might be the wedge opening recreational weed to other Australian territories and states.

Could the country be The Next Big Opportunity for U.S.-listed companies like Cronos and Aurora? It's nice to think so, but as we've seen throughout the world, cannabis liberalization happens slowly, if it happens at all -- even in some of the more progressive and tolerant countries. Cronos' and Aurora's home of Canada, which has now fully legalized both medical and recreational sales, is very much the exception, not the rule.

Besides, if Cronos Australia didn't elaborate on the ACT recreational legalization in its latest literature, it likely has few if any plans to capitalize on it, at least for now.

So what do the recent developments with the Down Under company ultimately mean for investors in Cronos stock? To be blunt, probably not much -- Cronos Australia is too small and has plenty of competition, plus its home market is quite limited. Australia could become a more important customer if and when recreational legalization spreads, but it's too early to tell just now.

To sum up, I don't think the Cronos Australia IPO affects the value or attractiveness of Cronos stock -- at least, not at the moment. Still, the company's investors should keep an eye on developments in that market, and with Cronos Australia.