One even recorded a double-digit price drop on the day.

Since it falls in the middle of the workweek, Wednesday is often not a momentous day for any of us. We can say the same for top stocks; big news seems to happen more frequently toward the beginning or end of the week than on the hump.

This particular Wednesday, we had two exceptions. There was news with both Uber Technologies (UBER 2.45%) and Altice USA (ATUS -5.10%) that drove their stock prices south, in the latter case quite significantly. Here's what happened to both, and whether the latest news portends deeper price dives. 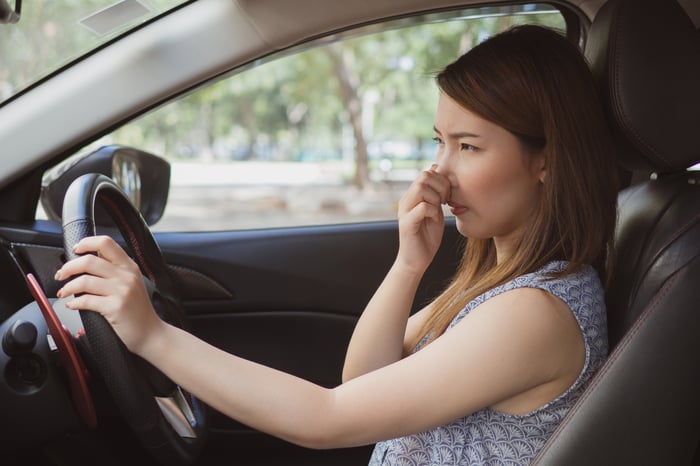 Uber stock slammed into a new all-time low after closing down by nearly 4% on the day. Now, to be fair, the company is only a few months old as a publicly traded business. Still, this tech "unicorn" was meant to be a disruptive element in its industry and a star on the stock market.

One factor in the company's decline was the expiration of its lockup period on Wednesday.

What, you may ask, is a lockup period? It's the stretch of time following an initial public offering (IPO) during which certain company insiders and investors are barred from selling their stock. This is done to prevent such stockholders from selling their holdings just after the IPO, thereby risking a sharp decline in the share price.

It's no surprise that some folks with big blocks of Uber shares should want to divest their holdings. The stock has generally traded down since its IPO, and there haven't been many encouraging developments coming down the pipe.

Meanwhile, chronically in the red and facing a big, unfavorable change to employment law in California -- not to mention stiff competition from brother unicorn rideshare stock Lyft -- the company is getting hit with some rough headwinds. All in all, the shares are down by over 40% from the $45 IPO price.

I don't think Uber's hit bottom yet. The company's red ink is considerable, and most estimates assume it'll continue to flow well into the future. I don't think there's going to be much, if any, of a dead-cat bounce with this stock, and it can easily sink lower.

At least Uber is not Altice USA, which recorded a queasy 17% decline in share price Wednesday.

Although big cable as an asset class of equities has held up better than many thought it would, the reality is that it's fast becoming Yesterday's Technology. The Age of Streaming is upon us, and despite cable's advantages -- it's recession-resistant, older customers are showing less interest in cord-cutting, etc. -- it's still struggling to retain customers.

Altice USA released its Q3 of fiscal 2019 results Wednesday, and the combination of revenue/earnings misses and reduced guidance sparked the sell-off. Revenue for the period came in at $2.44 billion, only slightly higher than in the same period last year and shy of the average $2.48 billion estimate from analysts.

The company also whiffed on the bottom line, even though the $77 million ($0.12) per share it netted on a GAAP basis was more than double the year-ago result. Prognosticators, unfortunately, had been anticipating per-share earnings of $0.15.

As for guidance, Altice USA is now forecasting revenue growth of 2.5% for the entirety of 2019. That's a notable step down from its previous assumption of 3% to 3.5%.

Quite simply, Altice is on the wrong end of business and tech history. While management has done a good job, in my opinion, of boosting its take in ancillary services like mobile telephony, cable TV is still at the heart of its business... and that business is only going to get weaker.

I think Altice has the capability to stay in the black, but no matter what, it's not going to escape the withering effects of cord-cutting. I don't think we've seen the end of revenue and/or earnings misses, nor the last guidance chop. This stock is not a buy for me.

Investor's Perspective: What's the Difference Between Uber and Lyft?
413%