Shares of the healthcare conglomerate CVS Health (CVS 0.73%) jumped higher in response to the company's third-quarter earnings release. Beating consensus estimates on the top and bottom lines, and raising its outlook for the full year, led to a 5.4% gain on Wednesday.

Total revenue climbed 36.4% year over year to $64.8 billion, which was $1.8 billion more than the average Wall Street analyst was expecting. Adjusted earnings reached $1.84 per share, which was $0.04 more than the company expected and $0.07 more than consensus estimates. 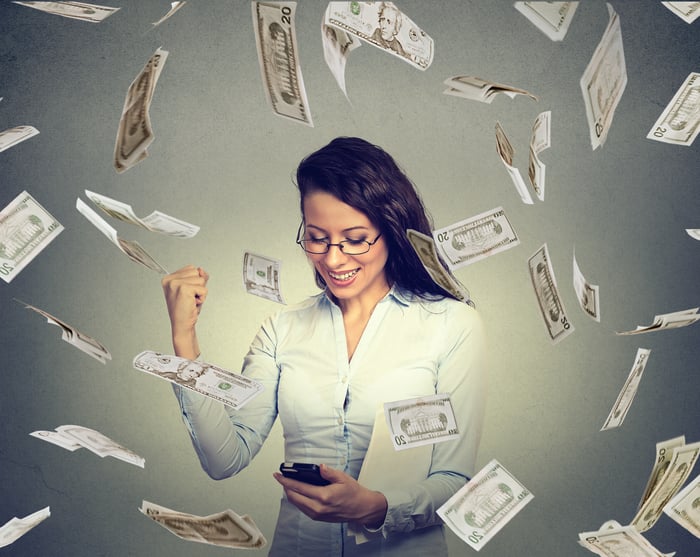 A great deal of the company's revenue gains can be attributed to the Aetna acquisition completed on Nov. 28, 2018. By all indications, adding the insurer's operations to its pharmacy benefits management and retail pharmacy businesses has gone smoother than expected.

CVS has folded Aetna's operations into its healthcare-benefits business segment with ease. Adjusted operating income went from just $75 million in the prior-year period to $1.4 billion during the third quarter this year.

Third-quarter results were strong enough that management raised its previous guidance. Adjusted earnings per share are now expected to climb to a range of $6.97 to $7.05, up from $6.89 to $7.00.

This healthcare stock's gain today probably would have been more significant if CVS Health had raised its quarterly dividend, which has been frozen at $0.50 per share. The company intends to keep the payout steady until debt falls to a more manageable level.

With results like these, it probably won't take much longer. During the first nine months of the year, CVS lowered outstanding long-term debt by $7.2 billion.