In recent months it seems the stock market has had far more up days than downers. It isn't unusual for the various key indexes to shoot higher, resulting in a trading day that ends up well into positive territory for many top stocks.

Tuesday wasn't one of those days, even though certain indicators eked out minor gains. But there were two sprightly stocks that bucked the ultimately flat trend of the day. Here's a brief look at why both had a memorable Tuesday. 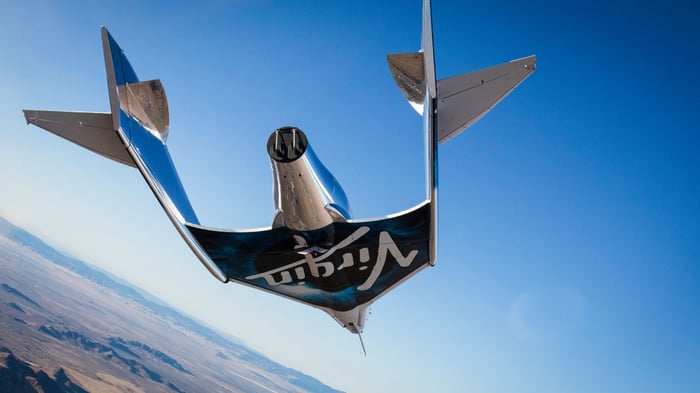 Sturdy car rental giant Hertz Global Holdings (OTC:HTZG.Q) really hit the gas as far as its stock was concerned, with a nearly 14% gain on the day.

This was on the back of a Q3 earnings report delivered late Monday that was good, but not really that good. For the quarter Hertz booked $2.84 billion in revenue, up 3% from the same quarter last year. Non-GAAP (adjusted) net profit saw a nearly 19% improvement to $214 million, or $1.60 per share.

That revenue figure more or less met analysts' expectations, while the per-share adjusted net profit number was around $0.10 higher than they'd anticipated.

Perhaps investors were particularly impressed by the company's performance in its U.S. rental car operations. This always-core activity for Hertz saw a strong 6% improvement on a year-over-year basis and recorded its highest-ever Q3 revenue (nearly $2 billion). The company said higher demand from the summer tourism segment and drivers of ridesharing vehicles helped lift that number.

Hertz is in a very strong position, being one of the select international auto rental agencies with serious scale. That growth in the U.S. rental space is certainly encouraging given the company's age and size, as is its success in boosting its bottom line lately (due to factors such as smart use of work-saving technology).

I just don't see rental cars as being a hot area of growth in the future. With the coming of ever-more-advanced cars and, ultimately, self-driving ones, this landscape is also going to shift dramatically -- and not necessarily in this company's favor.

I don't think the market's unabashed joy at Hertz's latest results is justified, and I think there are better ways to invest in the future of transportation. I'd let this stock drive off the lot.

Speaking of the future of transportation, one of the spaciest stocks on the exchange flew higher by almost 4% on Tuesday -- Virgin Galactic Holdings (NYSE:SPCE). A rosy analyst review will do that to a stock.

On Tuesday, a very bullish research note on recent initial public offering (IPO) Virgin Galactic was issued. An outfit called Vertical Research is unhesitatingly recommending the shares as a buy, with a comparatively stratospheric price target of $20 per.

He has a point, up to a point. Indeed, Virgin Galactic has built craft apparently capable of this advanced form of transport, and the company has already made something like 600 paid bookings that have brought in $81 million.

But operating, servicing, and creating spacecraft is not going to be cheap. Also, to put it mildly, those space tickets are pricey. Only a tiny percentage of the population is willing to spend so much disposable income on what's still a risky voyage, and this probably won't change for quite some time. Finally, Virgin Galactic keeps pushing back its first commercial launch date. The current earliest estimate is for some time in 2020.

Look, I get it. Space tourism is an irresistibly cool idea, and Virgin Galactic can be a fun, wildly speculative stock to own. I have serious doubts that it can rocket higher in the near future, though, given the galaxy-size challenges in making a company like this profitable, and the very limited target customer base. This is an easily avoidable stock for me.