These stocks rose in a quiet market.

Stocks finished Wednesday's session close to where they started, with major market benchmarks getting pushed and pulled by conflicting readings on the health of the U.S. economy and the 10-year-old bull market. Investors seem to be waiting for some positive catalyst to send indexes further into record territory, but some individual stocks saw nice moves higher on upbeat news. Boingo Wireless (WIFI), DaVita (DVA -0.89%), and Constellation Pharmaceuticals (CNST) were among the top performers. Here's why they did so well.

Boingo gets a nice win

Shares of Boingo Wireless soared nearly 30% after the company reported its third-quarter financial results. Revenue eased lower by 1% compared to the year-earlier period, and the wireless provider still lost money, albeit less than it did 12 months ago. Yet investors were pleased to hear that Boingo extended a contract with the Army and Air Force Exchange Service for another 15 years through 2038, providing the service to more than 350,000 members of the military on 64 different bases. With greater demand for wireless availability in a wide range of public spaces, Boingo has a great opportunity to keep moving higher after going through tough times recently. 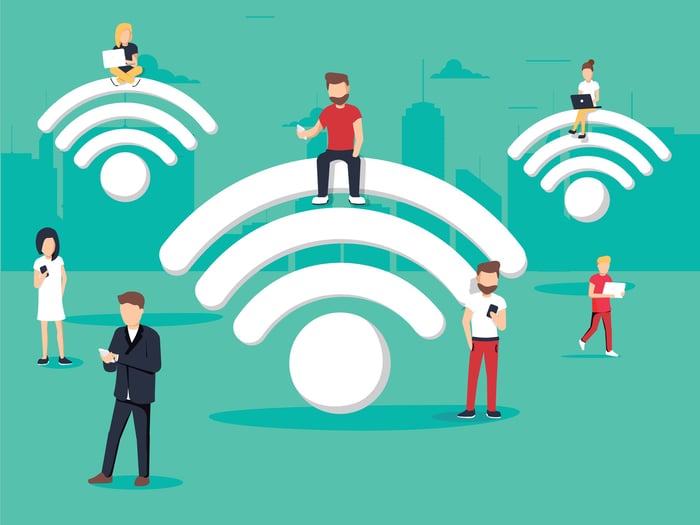 DaVita saw its stock pick up 13% following its release of its third-quarter financial report. Revenue inched higher by 2% compared to year-earlier levels, but the company reversed a loss in the prior-year period, and adjusted net income more than doubled year over year. Helping DaVita's bottom line was a considerable drop in operating expenses, and the kidney disease and dialysis specialist boosted its outlook for both this year and next. DaVita has been doing significant share repurchases as well, and between solid earnings and confidence in the stock, investors appear to see a lot more potential from the company.

Constellation heads for the stars

Finally, shares of Constellation Pharmaceuticals skyrocketed 90%. The clinical-stage biopharmaceutical company gave promising data from its phase 2 trial of its CPI-0610 treatment for myelofibrosis, and Constellation decided to expand the study in order to get a better handle on just how important the drug might be for a broader range of disease sufferers. Even after today's move higher, Constellation's market cap weighs in at just $700 million. If CPI-0610 or other drugs in its pipeline prove to have blockbuster potential, then today's gains could be just the start for Constellation shareholders.