Please ensure Javascript is enabled for purposes of website accessibility
Free Article Join Over 1 Million Premium Members And Get More In-Depth Stock Guidance and Research
By Evan Niu, CFA - Nov 6, 2019 at 11:43AM

Shares of HP ( HPQ 3.35% ) have popped today, up by 12% as of 11:15 a.m. EST, after The Wall Street Journal reported that Xerox ( XRX ) is considering making a buyout offer. That would be a massive deal considering HP's market cap before today's jump was around $27 billion.

It would be an ambitious move by Xerox, which has a market cap of just $8 billion, to try to buy a much larger tech company. Both Xerox and HP make printers and related products, which could yield potential synergies, but HP also makes PCs and other computing devices. HP is the No. 2 PC maker in the world behind Lenovo, grabbing a 23.8% market share in the third quarter, according to IDC. 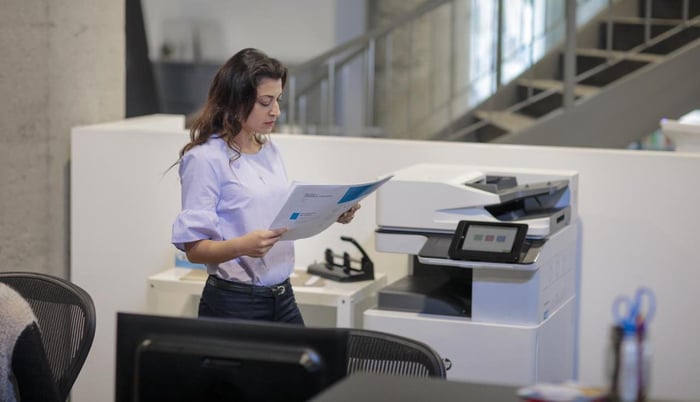 No offer price was mentioned in the report and it's possible that Xerox may not move forward. If it does, there is also a risk that the deal falls through.

Xerox has already secured a financing commitment from Citigroup, according to Bloomberg. The potential offer would consist of both cash and stock, and Xerox CEO John Visentin would be expected to lead the combined company. Xerox estimates that it can realize $2 billion in cost synergies on an annual basis, according to the report.

Separately, Xerox said yesterday that it was restructuring its relationship with Japan's Fujifilm and would receive $2.3 billion while settling long-standing disputes related to a joint venture between the two companies. Fujifilm had been trying to acquire Xerox but has abandoned that effort.