With 57 consecutive years of dividend raises, Coca-Cola (NYSE:KO) has long been a darling for dividend investors.

Coca-Cola's strategy is paying off, and the healthy 2.98% dividend is well covered for the foreseeable future. 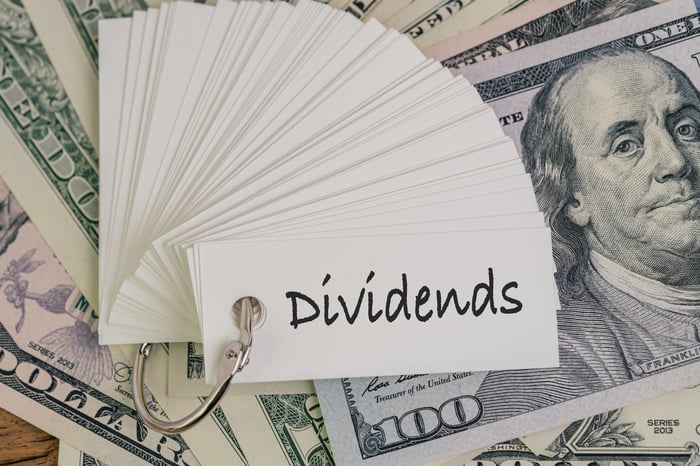 But the stock market is a dynamic environment and other impressive investment and income stocks emerge regularly. Coca-Cola's dividend yield is great but others are higher. Let's consider 3 of them:

Headquartered in Japan, Takeda Pharmaceutical (NYSE:TAK) is one of the 20 largest pharmaceutical companies in the world by revenue. Takeda was founded 238 years ago by Chohei Takeda as a business selling traditional Japanese and Chinese herbal medicines. Today Takeda's R&D and production focuses on four therapeutic areas: oncology, gastroenterology, rare diseases, and neuroscience.

Takeda posted its second-quarter FY 2019 results on Oct. 31, which reflected positive momentum after its acquisition of Shire. All 14 global growth brands turned in strong year-over-year performance with aggregate underlying growth of 21%.

Shire expanded Takeda's drug pipeline and improved global diversification. Half of its revenue now comes from the U.S. The acquisition incurred significant debt but Takeda is disciplined in managing it, setting a goal of $10 billion of non-core asset divestitures in 2019. To date, Takeda's divestitures have amounted to about $5.9 billion.

Reflecting the company's financial discipline, Takeda surprised in the latest quarter with increased guidance and reduced debt, which is impressive only months after making a large acquisition.

This high dividend stock is attractive. Takeda's dividend has grown to 4.36% from 2.71% ten years ago.

It has a robust over-the-counter and prescription business of pharmaceuticals used to treat conditions from cancer to acid reflux. All brands have grown year over year and are projected to continue growing, supporting the 4.36% dividend.

Store Capital (NYSE:STOR) is one of the largest and fastest-growing net-lease Real Estate Investment Trusts with investments in 2,255 property locations in 49 states.

REITs are required to pay out at least 90% of their income to shareholders as dividends and is among the highest-paying sectors on Wall Street. Store Capital's yield of 3.6% is far better than the broader-market average and beats Coca-Cola's.

Store invests in a widely diversified set of single-tenant retail properties, making large bets on lessees having the least to lose from the rise of e-commerce. The greatest sources of base rent include chain restaurants, early childhood education centers, movie theaters, and health clubs.

Store Capital Corp announced earnings on Oct 31. The REIT reported $0.48 earnings per share for the quarter, hitting the Thomson Reuters' consensus estimate of $0.48. This was an increase year over year from $0.47 earnings per share.

Revenue was also up 25.4% on a year-over-year basis, and the company raised guidance.

Store has a five-year dividend paying history, which isn't very long, but dividends have grown 9.9% per year. Supporting the dividend are earnings per share increases of 18% per year for the past 5 years. After considering both history and latest earnings, Store Capital looks like a promising alternative to Coca-Cola.

On Oct. 29, General Motors (NYSE:GM) reported third-quarter 2019 adjusted actual earnings per share of $1.72, beating the consensus estimate by a healthy $0.41.

The automaker has paid a dividend of $0.38 per share for 15 consecutive quarters. General Motors is the nation's No. 1 domestic automaker with 17% of all vehicle sales last year. The company is taking full advantage of current economic strength to build market share.

The company plans to build on its strong presence in China, introducing approximately 20 new vehicles by the end of 2019. Growth has been slower in China but demand is strong for SUVs, which are the majority of the new vehicle launches.

After weathering bankruptcy and the Great Recession, General Motors management is much better prepared for bumps in the road that might threaten the dividend. Warren Buffett, a great fan of dividend stocks and major General Motors stockholder, has high confidence in GM CEO Mary Barra, at one point saying, "Mary is as strong as they come. She is as good as I've seen."

The company is hitting on all cylinders. Investors should consider General Motors for income.