Amarin (NASDAQ:AMRN), a $5.7 billion biotech stock focused on treating cardiovascular diseases, has recently become one of the most-watched stocks in the healthcare sector. Its signature omega-3 fish oil drug, Vascepa, has been used for patients with high triglyceride levels for a while. However, the company surprised investors when it announced in August that the U.S. Food and Drug Administration (FDA) will convene on whether the drug could be used to reduce the chance of heart attacks and strokes in high-risk patients with cardiovascular disease.

Should the drug receive approval from the FDA to treat these patients, it would see a drastic increase in use as a tool to help lower LDL (bad) cholesterol outside the use of conventional cholesterol-lowering drugs such as Mevacor and Lipitor. As such, Amarin could quickly find itself with a blockbuster drug on its hands. While the FDA's final ruling isn't expected to take place until Dec. 28, the initial meeting between the agency and Amarin is scheduled for Nov. 14. After this initial hearing, shareholders will get a much clearer picture of the drug's prospects in the eyes of regulators.

With a couple of weeks remaining until this happens, biotech investors are placing their bets on what will happen. In the meantime, it's worth taking a moment to look over Amarin's fundamentals as well as the pros and cons surrounding Vascepa as a treatment. While there's a strong bullish case to be made for the company, investors need to look at the whole picture before deciding if now is a good time to buy. 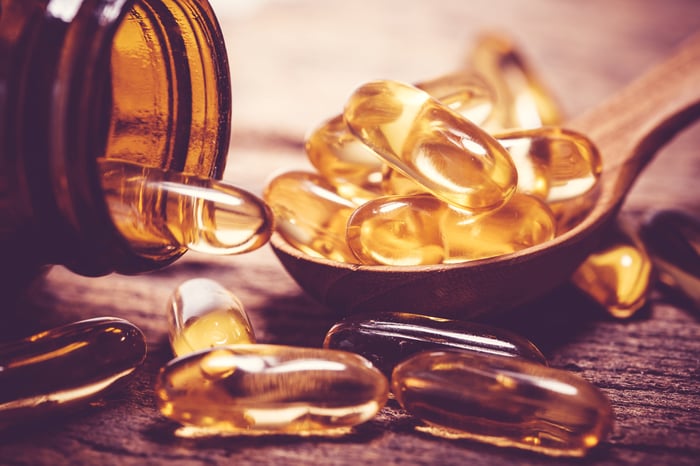 Evaluating new drug therapies is complicated, and the prospects for any drug can change radically over a short period of time. That said, Vascepa's odds seem pretty good going into the FDA meeting later this month. The drug has already done well as a treatment for lowering elevated triglyceride levels, and it has received plenty of recommendations from major medical communities. This includes major endorsements from the American Heart Association, the American Diabetes Association, and the National Lipid Association.

Even outside of the U.S. medical community, Vascepa has seen plenty of positive coverage in the European medical world. Both the European Atherosclerosis Society and the European Society of Cardiology recommend Vascepa in patients to help lower the chance of heart attack and stroke.

However, there are some small issues surrounding the clinical data worth addressing, especially since the FDA will likely comment on these topics. Firstly, some skeptics have argued that the positive Vascepa results were overinflated. The placebo group received a mineral oil pill instead, but it was shown that this group saw increased LDL cholesterol levels after receiving this mineral oil. If taking this placebo ended up worsening the participant's cholesterol scores, this would have overestimated Vascepa's positive effect in improving cholesterol. Although Amarin has reiterated that this wasn't the case at all, to what extent this mineral oil ended up affecting the results might be a topic that shows up in the FDA hearing.

Another potential concern is that patients who took Vascepa saw a small increase in atrial fibrillation (an abnormally rapid heart rate leading to palpitations and shortness of breath) in comparison to the placebo group. While Amarin argued that this increase was small enough that it didn't matter, it won't be surprising if the FDA chooses to investigate this further.

Even when taking these two worries into consideration, though, the case for Vascepa seems pretty strong. The general consensus on Wall Street is that the odds are in Amarin's favor and that these issues won't stop the drug from becoming approved for wider use.

From a financial perspective, Amarin is doing well. In its recently issued Q3 2019 quarterly earnings, the company reported $112.4 million in revenue, a 103.3% increase in comparison to its Q3 2018 figures. While Amarin did post a net loss of $3.5 million in the quarter, this is a drastic decrease from the $24.5 million loss seen last year. In terms of its cash reserves, Amarin is sitting on a financial cushion of $673.3 million, more than enough breathing room to undergo further research and development and clinical studies should it be required to eventually receive FDA approval.

While there are some competitors producing their own fish oil omega-3 drugs, such as GlaxoSmithKline's Lovaza, there are noticeable differences in the two therapies. Amarin's Vescapa is produced almost entirely from eicosapentaenoic acid (EPA), one of the two types of omega-3 fatty acids, while Lovaza incorporates the other compound, docosahexaenoic acid (DHA).

While it might seem like a trivial difference, it's a big deal when it came to trial data. While EPA-based omega-3 treatments like Amarin's could become an alternative to statins due to their cholesterol-reducing effects, there have been some trials that show DHA might produce the opposite effect. Specifically, results have shown that DHA might actually raise levels of LHL cholesterol rather than decrease it. This gives Amarin's EPA-based fish oil drug an advantage over those that use some amount of DHA.

Nothing's ever certain when it comes to the biotech world. Drug candidates with seemingly strong clinical data have been rejected by the FDA before, so it's possible the agency will find fault in Amarin's fish oil drug after all. However, the odds of that happening seem to be low since historically advisory committees have tended to provide more approvals than dismissals. According to a report from McKinsey, around 78% of FDA advisory committees end up giving a positive recommendation following the hearing.

Even if Vescapa doesn't get approved for patients dealing with cardiovascular events like heart attacks and strokes, Amarin's financial figures have been doing well, with revenue likely to improve due to the numerous recommendations it received from respected medical groups. Should the FDA not approve the drug, it will likely have enough demand for treating patients with high triglycerides to make the drug worthwhile even in a worst-case scenario. While there are mechanisms for appeal should the advisory committee not approve Vescapa, Amarin's best bet in such a situation would be to conduct more studies, this time addressing issues such as the mineral oil problem, before going back to the FDA for a second chance.

In light of this, Amarin looks like a strong buy for investors who are comfortable with a high-risk, high-reward biotech investment. The chances are good that its signature drug will receive approval and become a blockbuster, while its underlying financials are strong enough to keep it afloat for a while regardless of what happens.