Last quarter, Norwegian Cruise Line Holdings (NASDAQ:NCLH) overcame a mix of internal and external headwinds to piece together a fairly strong earnings report, and in the third quarter of 2019, the narrative remained quite similar, although adverse earnings impacts were confined to external factors in the last three months. Below, as we sail through the details of the last three months, note that all comparative numbers are presented against those of the prior-year quarter.

A bird's-eye view of the numbers 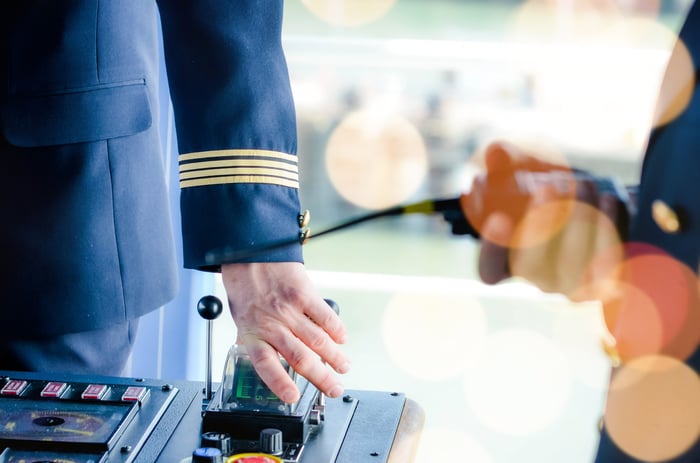 In the cruise provider's earnings press release, CEO Frank Del Rio discussed the quarter's results, along with two drivers of next year's robust bookings: the Norwegian Encore and the spa and wellness-themed Seven Seas Splendor, which is set to launch on its inaugural voyage next year.

The underlying fundamentals of our business remain as strong as ever, allowing us to post another solid quarter of financial results despite the impacts from Hurricane Dorian. The top line exceeded expectations and we recorded the highest quarterly revenue in our history. We are on track to deliver yet another record-breaking year in 2019, and the positive momentum for our global brands is carrying over into 2020, as demand, occupancy and pricing continue to outpace 2019 record levels, buoyed by the addition of Norwegian Encore and Seven Seas Splendor.

Cruising into the last quarter of the year, Norwegian expects fourth-quarter net yield to decline by 1%, which translates to a flat performance in constant currency. The company is targeting $0.69 in adjusted EPS.

For full-year 2019, the organization increased its net yield outlook, from the 2.1% annual growth outlined last quarter to 2.4%. The projection for net yield expansion in constant currency terms has increased from 2.6% to 3%.

Norwegian tightened its adjusted 2019 EPS estimate from a previous range of $5.00-$5.10 to a target of $5.05. Management relayed that if it weren't for the Hurricane Dorian impact, guidance would have shifted to the top end of the prior range.

Despite a buoyant outlook, shares of the consumer discretionary investment reacted rather modestly to Thursday's earnings report. In late morning trade, the NCLH symbol was down roughly 1% against its prior close.