Shares of CommScope (COMM 2.28%) have surged today, up by 21% as of 12:10 p.m. EST, after the company reported third-quarter earnings. The telecommunications supplier missed revenue estimates but beat on the bottom line.

Revenue came in at $2.38 billion. That was up 107% from the prior-year period, but mostly due to the acquisition of ARRIS, a deal that was announced a year ago and closed in April. Analysts were expecting $2.42 billion in sales. That all translated into adjusted net income of $126.9 million, or $0.55 per share, easily ahead of the consensus estimate of $0.44 per share in adjusted profit. Adjusted EBITDA increased 55.5% to $369.8 million. 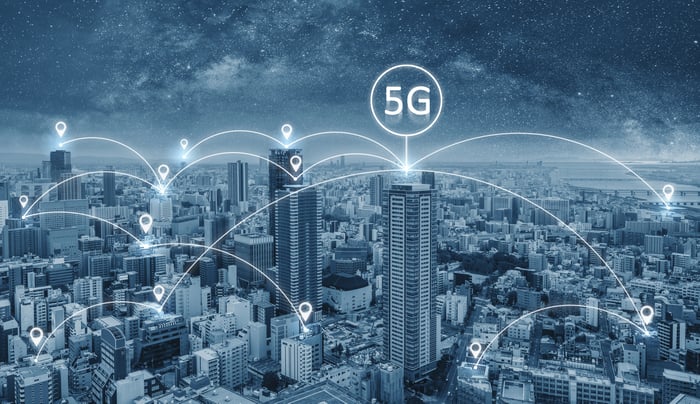 CommScope said that the mobility solutions segment saw sales decline "due to a pause in spending related to the pending merger of two large telecommunications customers," referring to T-Mobile and Sprint.

"We are pleased to deliver third quarter adjusted EBITDA at the high end, and adjusted earnings per share above the high end, of our guidance," said CEO Eddie Edwards in a statement. "Despite a challenging customer environment, our results reflect the company's ability to manage near-term headwinds while maximizing profitability."

However, the tech company's guidance was a little light compared to expectations. CommScope expects revenue in the fourth quarter to be in the range of $2.2 billion to $2.4 billion, while investors were hoping for $2.45 billion in sales. Operating income should be $55 million to $92 million, with adjusted earnings per share of $0.27 to $0.37. Wall Street was expecting $0.48 per share in adjusted earnings.

While CommScope said it expects the aforementioned spending pause to continue into the fourth quarter, investors may be optimistic that T-Mobile announced today that it will launch its 600 MHz 5G network next month.