Please ensure Javascript is enabled for purposes of website accessibility
Free Article Join Over 1 Million Premium Members And Get More In-Depth Stock Guidance and Research
By Matthew DiLallo - Nov 7, 2019 at 11:19AM

Shares of TPI Composites ( TPIC -0.54% ) plunged more than 21% by 10:30 a.m. EST on Thursday. The manufacturer of composite wind blades for the renewable energy industry tumbled after reporting disappointing third-quarter results.

TPI recorded $383.8 million of revenue during the third quarter. On the one hand, that was up more than 50% year over year due to a 44% increase in wind blade production at its factories in China, Mexico, and Turkey. But that result fell $16.8 million short of the analysts' consensus estimate. Because of that, and soaring costs, the company reported a net loss of $4.6 million, or $0.13 per share, which was $0.12 per share worse than the consensus estimate. 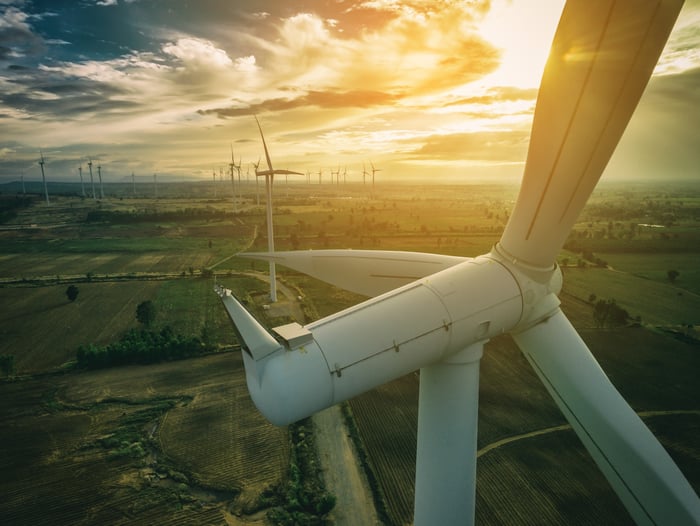 Some of the factors raising its costs have been the start-up of new plants in China and Mexico and new blade models for a customer in Turkey. These transitional costs have affected its results in 2019, causing it to reduce its full-year guidance once again, this time reducing its view for total billings. The company also noted that these issues would likely affect its projected results for 2020. Because of that, TPI Composites has postponed its Investor Day, which it had scheduled for Nov. 15. It will reschedule that event as soon as it finalizes its plans for 2020.

TPI is experiencing some growing pains as it starts up new plants and product lines. These issues have weighed significantly on its stock in recent quarters. Add in an unclear outlook for 2020, and shares will likely remain under pressure until the company demonstrates that it can get these problems sorted out.