It's that time again: the season to buy holiday gifts, Thanksgiving turkeys, and festive sweaters. It's also a great time to buy the stocks of some companies that will benefit from all of the above and more.

That said, you won't need to watch these tickers during holiday parties to grab a profit at just the right moment. The season could boost their shares, but these companies also have what it takes to perform well in the longer term. That's a win-win situation: Buy the stocks, then sit back and celebrate. 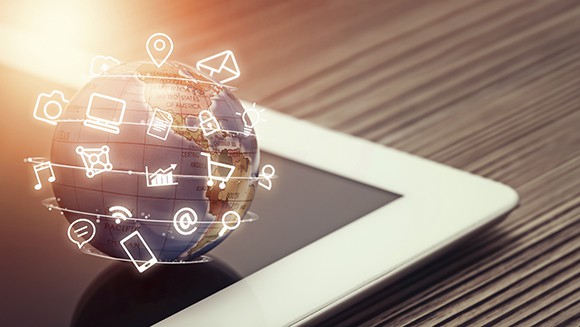 Amazon is on everyone's doorstep

Amazon (NASDAQ:AMZN), the world's largest online retailer and a tech-stock juggernaut, is a clear winner when the general shopping outlook is strong. Let's start with some predictions from the experts. Citing its analytics data, Adobe has called for U.S. online sales to jump by 14% to $143 billion this holiday season (Nov. 1 through Dec. 31). Sales on Cyber Monday, the Monday following Thanksgiving, are set to reach a record $9.4 billion, a 19% increase over last year, while Thanksgiving Day sales will climb about 20% to $4.4 billion, the report showed. And there's even better news here for Amazon: Adobe expects the biggest retailers to benefit the most. Those with more than $1 billion in annual online revenue (Amazon's was $10 billion last year) may see revenue climb by 65% over the holidays.

Some may argue that Amazon's best days are behind it. The company is trading at nearly 80 times earnings; that number is just 27 for competitor Walmart (NYSE:WMT). A recent First Insight survey of consumers showed that 55% prefer to shop at Walmart over Amazon. That's up from 47% a year ago. Still, eMarketer shows Amazon maintaining dominance, holding on to 49% of the U.S. online retail market compared with Walmart's 3.7%. And some recent news could give the company another lift at this time of year: Amazon decided last month to end its grocery delivery fee for Prime members in the U.S. who have used the service in the past. Just in time for all of that holiday food shopping!

Costco's got the goods

If you want to bet on offline retail, warehouse club Costco (NASDAQ:COST) should be on your list. Mass merchants are a favored holiday shopping destination, according to Deloitte's 2019 Holiday Retail Survey, which showed that more than half of shoppers planned on visiting one during the season. (The top items people expect to buy for themselves include food and drink.) Costco is getting into the game early, with its first holiday savings offers on grocery, electronics, and other items beginning this week. At $301, shares have reached analysts' average price target. But the company's growth remains strong, with fiscal 2019 earnings increasing 17% year over year. This stock looks like a solid holiday deal.

Uber will get you where you need to go

The holidays are typically great for ride-sharing revenue -- Uber (NYSE:UBER) management has cited December as its busiest month of the year. Business picks up as of Dec. 1 as users start ordering safe rides to and from holiday parties, and demand continues all through the month.

Uber will require more short-term observation than Amazon and Costco. After this quarter, analysts may want to look at revenue and reevaluate the position. The stock is down 35% since the ride-sharing company's initial public offering in May as losses continue. A post-IPO lockup period, during which large shareholders are not allowed to sell their shares to avoid flooding the market and upsetting the stock price, expired on Nov. 6. Further market declines have so far been limited to 3.9% after this, as many shares purchased before the offer were in the red. That prompted investors to hold rather than sell.

Although Uber's third-quarter earnings report was lackluster overall, profit and revenue may be reasons to give the stock a second look. Third-quarter revenue is up 30% from a year earlier to $3.8 billion, and chief executive officer Dara Khosrowshahi said the company aims to reach profitability (excluding certain costs) in 2021. With that in mind, and an extra boost from the holidays, Uber's price tag at just shy of $27 looks like a decent entry point.