Sarepta Therapeutics (NASDAQ:SRPT) was once a high-flying biotech stock. That was before the Food and Drug Administration (FDA) surprisingly rejected approval of the Duchenne muscular dystrophy (DMD) drug golodirsen in August.

The company announced its third-quarter results after the market closed on Thursday. While there wasn't enough great news for Sarepta to return to its previous high-flying ways, the results were pretty good. Here are the highlights from the biotech's Q3 update. 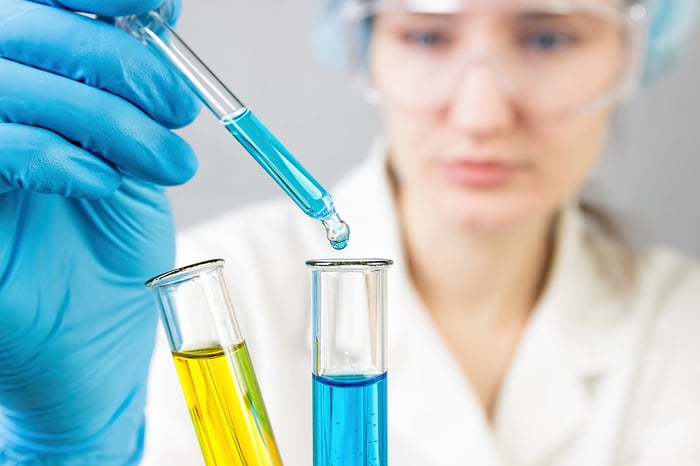 Sarepta announced Q3 revenue of $99 million, a 26% increase from the $78.5 million reported in the same quarter of the previous year. The company's reported revenue topped the average analysts' revenue estimate of $98.34 million.

The biotech ended the third quarter with cash, cash equivalents, and investments totaling around $1.1 billion.

All of Sarepta's revenue in the third quarter stemmed from sales of its DMD drug Exondys 51. The drug won FDA approval in 2016 in a highly controversial decision. Exondys 51 treats DMD patients with genetic mutations that can be addressed using exon 51 skipping.

The biotech's bottom line worsened considerably from the prior-year period because of a major uptick in spending. Operating expenses soared 76% year over year, to $123.6 million. Much of this higher spending stemmed from research and development efforts associated with Sarepta's micro-dystrophin program. The company's staffing-related costs also rose significantly with its increased headcount.

Sarepta CEO Doug Ingram said that the company has "made significant progress advancing our gene therapy platform" in the third quarter. He noted the increased enrollment size of a key clinical study and the announcement of positive results from a study evaluating gene therapy candidate SRP-9003. However, Ingram also acknowledged that Sarepta has experienced challenges, a veiled reference to the company's FDA setback for golodirsen.

Sarepta now anticipates revenue of $370 million to $380 million in full-year 2019. This reflects an increase from the company's previous guidance of full-year revenue between $365 million and $375 million.