With the help of a new UPS partnership, the online postage specialist's multicarrier strategy is starting to bear fruit.

Stamps.com (STMP) announced third-quarter 2019 results on Thursday after the markets closed, easily beating estimates and raising its full-year guidance. Shares of the online postage and shipping solutions leader roared more than 12% higher on Friday in response.

Even so, Stamps.com still sits roughly 56% below its 2019 highs as the company works to offset the impact of its strategic decision to nix its exclusive deal with the United States Postal Service (USPS) in February -- though a new partnership with UPS (UPS -2.10%) announced last month goes a long way toward appeasing investors' concerns to that end.

Let's grab our letter openers to get a closer read on what Stamps.com accomplished over the past few months, starting with its headline numbers: 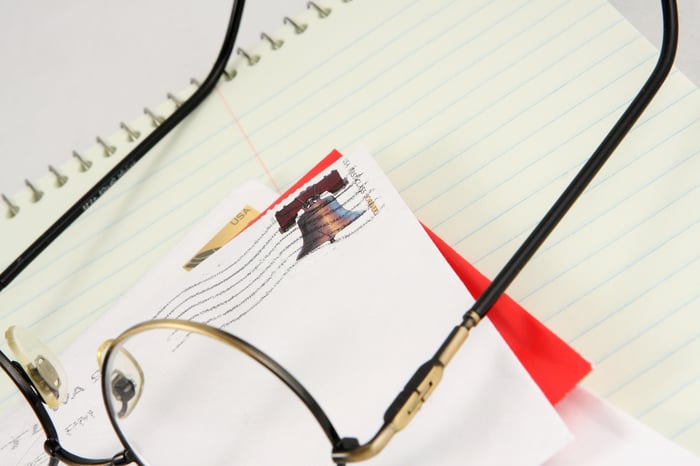 "We're excited about this new collaboration ..."

The above earnings also include items like stock-based compensation and acquisition expenses. Adjusted for these items, Stamps.com generated non-GAAP (adjusted) net income of $19.5 million, or $1.12 per share, a decline of 60% from $2.76 a year earlier. Per-share earnings were partly bolstered by stock repurchases over the past year, including roughly 113,000 shares bought back for $6 million this quarter.

Either way, these results compared favorably to most analysts' models for significantly lower earnings of $0.70 per share on revenue closer to $123 million.

"In our ongoing efforts to evolve our strategy to more fully embrace a global multicarrier and e-commerce services focused business model, we achieved a significant milestone with the recent announcement of our new partnership with UPS," CEO Ken McBride said. "We're excited about this new collaboration and view it as a meaningful step in our strategy to diversify our carrier relationships."

Within our e-commerce multicarrier properties, including ShipStation, ShippingEasy, and ShipWorks, we have always provided a UPS shipping capability. However, this new partnership allows us to more actively and effectively drive customers and shipping volume to UPS. The partnership will make accessing UPS within those products much more convenient for the customers. For example, a new UPS account will be set up by default for all new and existing customers, and a new discounted UPS rate will be available by default in that new account. So a customer can get up and shipping with UPS immediately versus the process today that requires some time and effort.

We should also keep in mind Stamps.com continues to generate some business from the U.S. Postal Service, both as a nonexclusive partner and via its relationship with other reseller partners for the organization. To that end, McBride said contract renegotiations with those resellers are ongoing, and will likely result in USPS moving to "restructure the economics offered to resellers starting in 2020" -- though the extent to which those changes will impact Stamps.com and resellers remains unclear.

In the end, it's hard to argue with this beat-and-raise performance. As Stamps.com continues to expand its reach with additional large carriers similar to its big UPS win -- particularly as those deals help it return to sustained, profitable growth -- I suspect Friday's gains will prove to be only the latest extension of a much longer-term trend for the stock.