After Wynn Resorts drops out, MGM looks like it has the inside track for an Osaka license.

The status of MGM Resorts (MGM 11.30%) as the front-runner to be the first casino operator to open an integrated resort in Japan was cemented after Wynn Resorts (NASDAQ: WYNN) said last month that it was no longer interested in competing for a license in Osaka.

The city is expected to be the first to issue a license in Japan. And since Las Vegas Sands similarly withdrew from the competition -- as did Melco Resorts & Entertainment -- while Caesars Entertainment has dropped out of opening a resort anywhere in Japan to focus on its merger with Eldorado Resorts, it increasingly looks like the license is MGM's to lose. 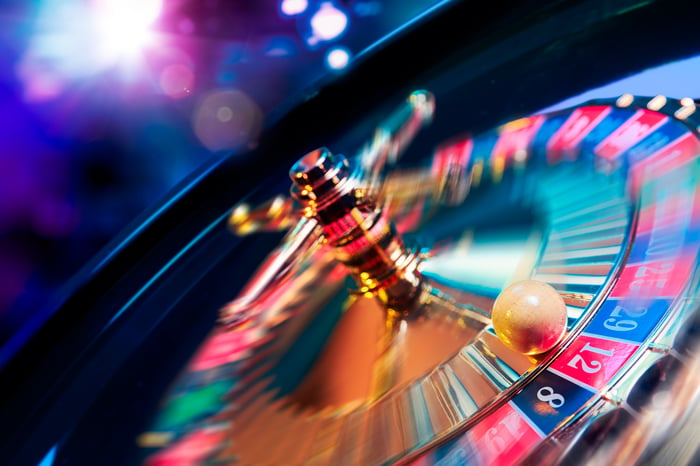 An expensive proposition, no matter which city is first

There will ultimately be three licenses issued in Japan when the process is complete, with Tokyo, Yokohama, and Osaka all expected to be hosts. But because Osaka will be the site of the World Expo in 2025, the city is a good bet to get the green light first to ensure the casino has the best chance of being operational in time.

As many as eight companies originally vied for the right to build an integrated resort -- a comprehensive entertainment complex, not just a casino -- but now only three remain: MGM, Galaxy Entertainment, and Genting Group.

Many of the operators seeking a license have said they expect to spend upward of $10 billion to build a resort in Japan. That's much more expensive than it would be in Las Vegas or even Macao, but even that figure might be low. Sands president Robert Goldstein told analysts on the casino's earnings conference call that he saw that figure as a baseline: "I think $10 billion is the starting point. And I don't think anybody's going to do [it] for less than $10 billion, unless you're going to do something subpar."

He sees $12 billion as closer to reality, and believes it should serve as a gut check for the industry to really consider whether it can get the appropriate return for investors by spending that kind of money. Fitch Ratings recently said upward of $15 billion might be needed.

A laser focus on Osaka

MGM Resorts seems committed. It has put all of its chips on the city by declaring an "Osaka First" policy earlier this year and participating in local events to help persuade the government to accept its bid. The casino operator also partnered with Japanese financial services firm Orix, creating a joint venture that will own and operate the business.

Galaxy and Genting certainly are advancing their own causes, and the latter recently commenced a 3.2 billion yen ($29.6 million) debt offering to help finance the construction of a resort in Japan, while Galaxy has promoted its ties to Chinese clients and tourists, who are likely to be a large component of those visiting any resort.

Challenges remain, whoever wins the license. It's expected that the site of the resort will be Yumeshima, an artificial offshore island, but access to it currently is via a bridge that would need substantial upgrades. There are plans for an underground rail system as well as new marine terminals capable of handling large cruise ships. Those would all need to be completed in time for any opening.

Also, it's not certain that an integrated resort could even be built in time for the World Expo because of all the permitting requirements and logistics necessary. Even CEO Jim Murren of MGM understands the big hurdles confronting the casino, telling analysts this past summer: "It requires almost surgical precision, not just by the developer, but by the government, from a permitting perspective, from an infrastructure perspective. It's certainly not impossible."

With anywhere from $10 billion to $25 billion being generated by casino gambling in Japan, it seems like a risk worth taking, and one that appeals to MGM Resorts.