Post-IPO volatility last month left a bad taste in the mouths of investors in the plant-based meat leader.

Shares of Beyond Meat ( BYND -4.08% ) fell 43.2% in October, according to data from S&P Global Market Intelligence, as investors digested both the plant-based meat leader's third-quarter 2019 results, as well as the expiration of its post-IPO lockup period.

It certainly didn't help that multiple analysts weighed in with tempered appetites for Beyond Meat stock early in the month, including a market perform rating from Wells Fargo on Oct. 14, with a steeply reduced price target from Bernstein a few days later. Both analysts voiced concerns over the stock's valuation and competition for its flagship plant-based imitation meat products. 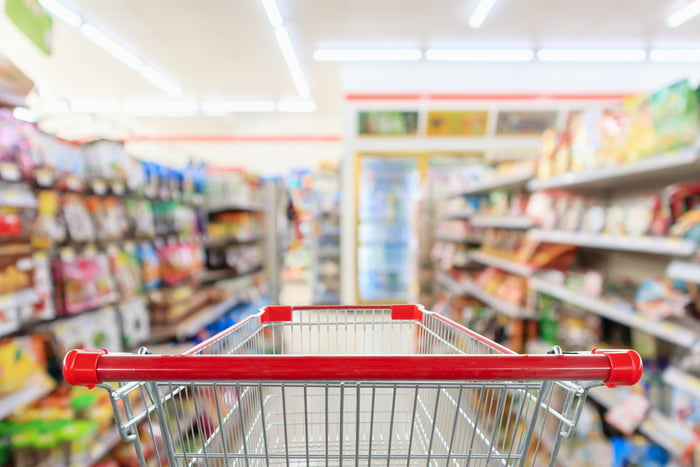 Beyond Meat's drop accelerated on Oct. 29, even after the company posted strong third-quarter 2019 results -- including a 250% increase in revenue to $92 million, and its first-ever quarter of positive net income at $4.1 million, or $0.05 per share -- leaving it comfortable raising its full-year guidance to boot.

But it seemed that the market wanted an even bigger beat-and-raise performance from Beyond Meat. And if that weren't enough, its post-IPO lockup period ended the same day, affording many inside shareholders the opportunity to take profits off the table for the first time.

To be clear, this kind of volatility is exactly the reason I personally prefer to avoid nibbling on shares of recent IPOs for at least a couple of quarters after they've gone public. Beyond Meat stock is now down around 68% from its all-time high in July -- but it's also still trading well above both its $25 IPO price, and even its first-day close at just shy of $66.

Given its enviable long-term growth prospects, and in light of its recent precipitous decline, I think now might be a great opportunity for patient long-term investors to dig in to determine whether Beyond Meat stock is worthy of a place in their portfolios.

Why Beyond Meat Stock Plunged Today