Shares of cloud storage and backup provider Carbonite (NASDAQ:CARB) have skyrocketed today, up by 25% as of 11:30 a.m. EST, after the company reported third-quarter earnings and announced that it is being acquired by OpenText (NASDAQ:OTEX).

Adjusted revenue in the third quarter came in at $135 million, which translated into adjusted net income of $21.2 million, or $0.60 per share. Compare those results with consensus estimates that called for $131.6 million in sales and $0.47 per share in adjusted profits. Adjusted EBITDA was $40.2 million, up from $23 million a year ago. 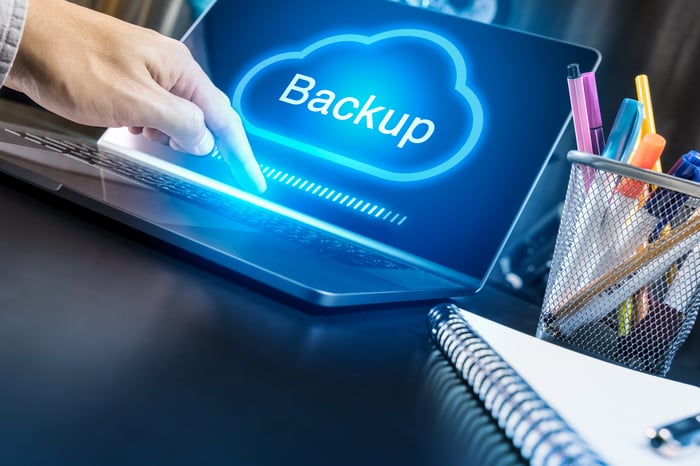 Overshadowing the better-than-expected results was news that OpenText would be acquiring the tech company in a deal that values Carbonite at an enterprise value of $1.42 billion. OpenText will pay $23 per share in cash for Carbonite.

The offer represents a 78% premium over the stock's "unaffected" closing on Sept. 5, which was the day before news leaked to Bloomberg that Carbonite was pursuing a sale, causing shares to pop 17%. The stock had dropped precipitously over the summer after Carbonite reported disappointing second-quarter results, cut its full-year guidance, and announced a CEO transition.

"Following expressions of interest from multiple parties, the Carbonite Board conducted a thorough and comprehensive process, which included contact with a number of strategic and financial parties, to identify the best way to maximize shareholder value," interim CEO and Executive Chairman Steve Munford said in a statement. "The Board strongly believes that a transaction with OpenText delivers compelling, immediate and substantial cash value to shareholders."

OpenText said it will fund the purchase with cash on hand, as well as a revolver that it modified just days ago to increase the available credit from $450 million to $750 million. The deal is expected to close within 90 days.