Major benchmarks got out to a strong start on Tuesday, but initial enthusiasm about a potential breakthrough in the U.S.-China trade negotiations gave way to a more realistic assessment of where things stand between the two nations. Investors are still trying to balance worries about economic challenges with generally strong earnings reports from companies this quarter. Some stocks gained a lot of ground even as indexes fell back toward the unchanged mark. Amarin (NASDAQ:AMRN), Ladenburg Thalmann Financial Services (NYSEMKT:LTS), and PG&E (NYSE:PCG) were among the top performers. Here's why they did so well.

Amarin hopes for a positive reception

Shares of Amarin soared 24% after staff members at the U.S. Food and Drug Administration released notes about the company's fish oil drug, Vascepa. Later this week, an FDA advisory committee is scheduled to review Amarin's request to have Vascepa's indicated use expanded to cover treatment to lower cardiovascular risk. The notes eased some fears that investors had about a key Vascepa study, and investors are concluding that the treatment's expanded indication has a better chance of eventually gaining approval. Even if the advisory panel recommends Vascepa, the FDA will still get another chance to review the drug before making a final decision in late December. 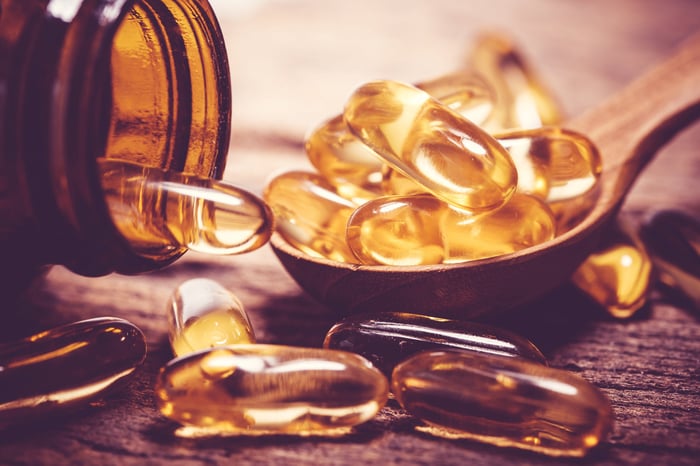 Ladenburg Thalmann gets an offer

Ladenburg Thalmann Financial Services saw its stock climb 23% following the investment company's announcement that is an acquisition target. Independent wealth management firm network Advisor Group will buy out Ladenburg Thalmann for $1.3 billion, with Ladenburg investors to receive $3.50 per share in cash for their stock. Ladenburg CEO Richard Lampen said that the deal "maximizes value for our shareholders while positioning our financial advisors for continued growth and success." For Advisor Group, the merger brings together two industry leaders, helping them gain economies of scale. With so much change going on in the investment advice business, including the emergence of robo-advisors as an alternative to traditional advisory companies, consolidation like this is likely to continue among other players in the industry.

Finally, shares of PG&E rose 13%. After getting criticism from the governor of California and other officials, the California utility boosted the amount of compensation it's proposing to pay victims of wildfires from $11 billion to $13.5 billion. It might seem counterintuitive that paying more money would help the stock go up, but PG&E's bankruptcy reorganization plan has been under threat from creditors seeking to have the bankruptcy court approve their alternative plan of reorganization. Paying more puts PG&E's proposal in line with that of creditors, and that boosts the chances that PG&E's plan will eventually win the day. Shareholders currently hope that's the outcome, as a creditor-led reorganization could leave the stock worthless.