Shares of Blue Apron (NYSE:APRN) were sliding today after Albertson's, the nation's second-biggest traditional supermarket chain, said it would end online subscriptions of Plated, the meal-kit service the company acquired in 2017 for an estimated $200 million.

The news was just the latest evidence that the meal-kit subscription business was not worth pursuing; Blue Apron has been steadily losing customers for several quarters now as the company has focused on reaching breakeven.

Blue Apron stock closed down 4.2% as the market seemed to interpret the Plated news as a warning. 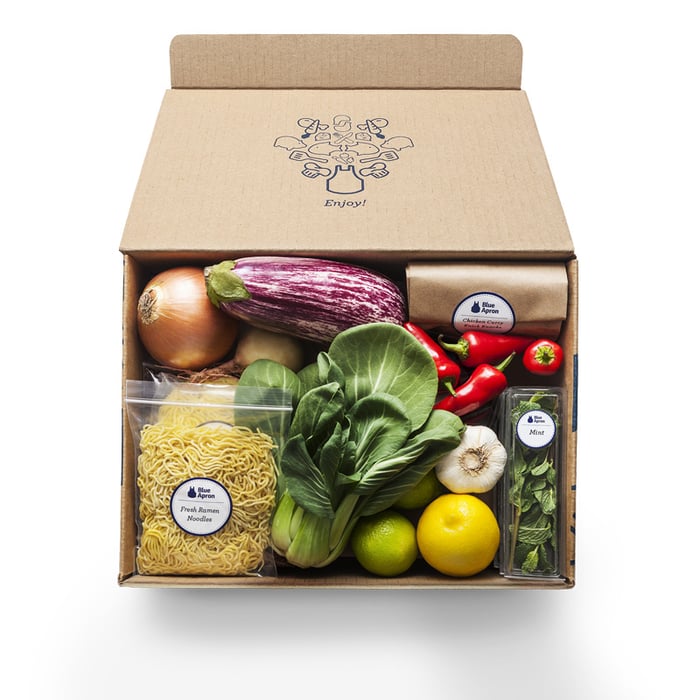 Albertson's wasn't folding the Plated brand. Rather, the company said that it would expand new product offerings under the Plated brand in stores next year. The decision comes after Albertson's had tested selling Plated meal kits in stores in Northern California, and its products will still be available online through the same channels customers use to order groceries.

However, the decision to end the online subscription likely means that it wasn't a value-add for Albertson's and that it can easily sell meal kits in its stores.

Blue Apron has not yet formed a significant partnership with the grocery chain, though the company did do a pilot with Costco, and its products would likely benefit from being sold in stores as online sales continue to decline.

Following an underwhelming third-quarter earnings report from Blue Apron, today's news is just the latest sign that the meal-kit bubble has burst. A hoped-for acquisition for Blue Apron has not materialized, and the company is now worth less than $100 million. The best hope for investors is likely a buyout or a distribution in supermarkets, but that seems unlikely. After more than two years of declining revenue, a full-on comeback seems almost impossible to imagine.