Holding a Q3 earnings call on Halloween is a spooky thought for most companies – but YETI Holdings (NYSE:YETI) is not most companies. Driven by a strong direct-to-consumer business and a colorful perspective on its product line, the Austin, Texas based company looks poised to finish 2019 strong. It already has a jump on the holiday rush with tariff-busting supply chain strategies, suggesting that investors have little to fear about its future. 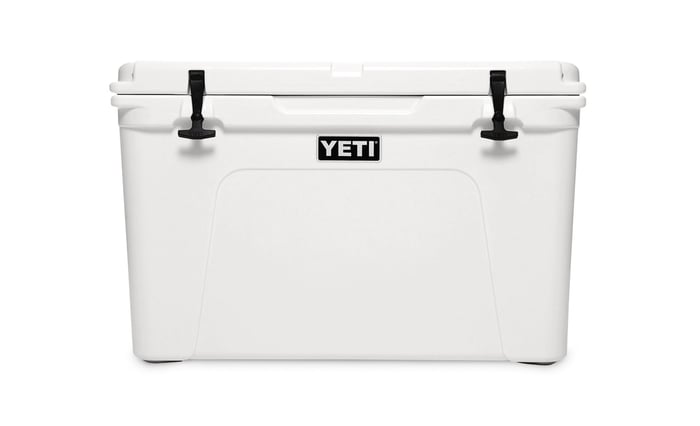 The company was birthed by brothers trying to build a better cooler for their boat, and their love of the outdoors and sporting lifestyle is built into every product.

In the company's Oct. 31 earnings call, YETI CEO Matthew J. Reintjes said the YETI objective is to "stoke brand passion" and improve on the already lofty (over 95%) peer-to-peer referral rate. Back in September, YETI announced a multiyear partnership with the Professional Golf Association, making YETI the "official insulated cup" and "official insulated cooler" of the PGA Tour and the PGA Tour Championships, and featured swag at over 32 PGA events.

Reintjes said that Q3 2019 showed strength across the company's product portfolio, signaling a very bright future ahead. Revenue grew 17%, with 21% growth in drinkware and 13% in coolers and equipment categories. YETI's direct-to-consumer business — a key focus paralleling its "fishing buddy" culture — delivered 31% growth. YETI didn't begin with storefronts, so direct-to-consumer became its business model by default. Now it is a major strength, accounting for 41% of net sales.

They came to conquer the earth!

YETI is an all-American company with global goals. CFO Paul Carbone said its international business grew by 58% in Q3, with those sales making up 4% of net sales. It has launched e-commerce business in parts of Europe, the United Kingdom, and New Zealand. YETI launched a brick-and-mortar partnership with legendary London retailer Farlows, the Prince of Wales' go-to shop for all things hunting, fishing, shooting, trekking, and being English.

Stateside, YETI has built a partnership with DIY king Lowe's (NYSE:LOW) to carry its higher-end "pro" line, such as the flagship Tundra line of coolers. Also added to the collection of partnerships are Williams-Sonoma (NYSE:WSM), Whole Foods, and Total Wine.

Another revenue maker for YETI is its introduction of a palette of colors for its products, with seasonal shades. There's the YETI Custom Shop, laser-etching monograms or company logos on the full line of drinkware, hard coolers, and dog bowls. That has helped ramp brand awareness, with a 64% increase in sales to under-45 customers. Women buyers have grown from 9% of overall sales in 2015 to 33% in 2019. The more demographics YETI attracts, the more it can grow, and solidify its status as a lifestyle and brand — not just a brand.

Gearing up for the upcoming avalanche of holiday demand like its snow beast namesake, YETI has opened a third-party logistics (3PL) center in Salt Lake City, to handle projected new West Coast demand. The Salt Lake 3PL joins distribution centers in Austin and Dallas, and manufacturing operations in Wisconsin, Iowa, China, and the Philippines. Other 3PLs in Australia, Canada, and the Netherlands handle international demand.

Like thousands of US companies with overseas operations — especially in China — trade tariffs are revenue Cryptkeepers. Carbone said the company will have moved its soft cooler and insulated bags manufacturing out of China by year end, but not drinkware.

That could be a problem with trade tariffs looming, but YETI has a silver bullet.

In the most recent quarter, YETI's overall inventory rose 33%. For most retailers, an increasing stockpile of products means sales have stagnated. But for YETI, it's a matter of bracing for the avalanche before the first snowfall.Thanks to its "strategic buildup" of drinkware inventory, the company expects "essentially no [profit and loss] impact" in 2019. The move is designed to counter the U.S. government's proposed 15% import tariff on Chinese-manufactured goods (which includes YETI's drinkware) beginning Dec. 15.

Current speculation aside, there's no certainty that Washington and Beijing will make an 11th-hour trade agreement rolling back a portion of mutually enforced tariffs before Christmastime. YETI is ready either way.

With 2019 net sales projected to increase between 14.5% and 15%, YETI is poised for a strong Q4. A diversifying product line, key partnerships, and a strategic supply chain make the outlook for YETI anything but spooky, and worthy of a long look.