Please ensure Javascript is enabled for purposes of website accessibility
Free Article Join Over 1 Million Premium Members And Get More In-Depth Stock Guidance and Research
By Keith Speights - Nov 13, 2019 at 6:00AM

Senseonics Holdings ( SENS -1.59% ) hasn't given investors a lot to cheer about so far in 2019. The implantable continuous glucose monitoring (CGM) systems maker's public stock offering in July raised much-needed cash but also diluted the value of existing shares. Senseonics' second-quarter results, announced in August, weren't very good. Because of the abundance of bad news, shares have fallen more than 60% year to date.

Don't expect Senseonics' Q3 results to boost investors' enthusiasm. The company reported those results after the market closed on Tuesday. Here are the highlights. 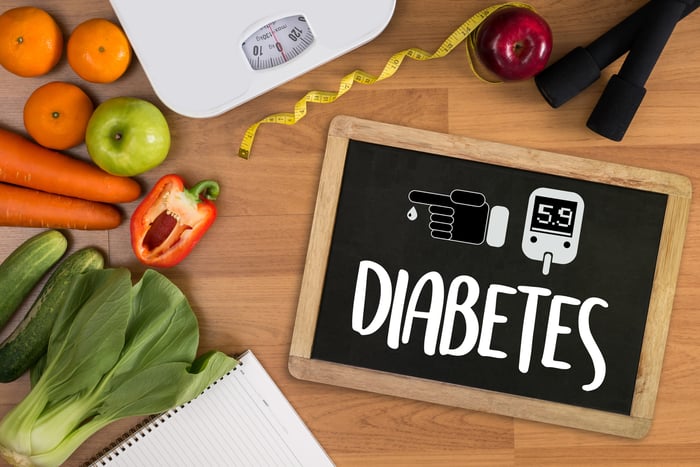 Senseonics reported revenue in the third quarter of $4.3 million, a 17% year-over-year decline. It was also well below the consensus Wall Street Q3 revenue estimate of $6.07 million.

Senseonic's net loss in Q3 was $19.5 million, or $0.10 per share, based on generally accepted accounting principles (GAAP). The company's bottom line reflected deterioration from the prior-year period GAAP net loss of $31.9 million, or $0.18 per share. However, Senseonics beat the average analysts' estimate of a Q3 net loss of $0.16 per share.

Most of Senseonics' sales of its Eversense implantable CGM system came from outside the United States. International sales in the third quarter totaled $3.8 million. Only around $500,000 in net revenue stemmed from the U.S. market. However, the company reported gross U.S. revenue of $2.1 million. Its net U.S. revenue was significantly lower than this gross amount mainly because of reductions related to the Eversense Bridge Program, Senseonics' patient access program for its CGM system.

The company's bottom-line performance reflected the revenue drop. Senseonics' operating expenses also increased from the prior-year period. Sales and marketing expenses rose by $3.7 million to $11.6 million as the company expanded its sales team and ramped up commercialization efforts in the United States. Research and development spending increased by $3.7 million to $11.1 million primarily as a result of Senseonics' Promise clinical study costs.

As mentioned earlier, Senseonics conducted a public stock offering in July. The company also issued convertible debt at the same time. These efforts, combined with debt from a term loan agreement, enabled Senseonics to generate more than $100 million in gross proceeds. Without this added capital, the company's cash position would have looked much worse at the end of the third quarter.

CEO Tim Goodnow said that Senseonics has restructured its staff and think it can stretch out its cash. He added that coverage decisions by Humana, Health Care Service Corporation, and Medicare should boost growth next year and beyond.

But 2020 could be an interesting year for healthcare stocks with the U.S. presidential election in full swing. Senseonics' fortunes could depend on political winds more than Goodnow might like.

Editor's note: A previous version of this article incorrectly stated that the upper end of Senseonics' full-year revenue guidance was $2 million rather than $22 million. The Fool regrets the error.