Shares of Party City (NYSE:PRTY) traded down more than 18% on Wednesday after the specialty retailer disclosed that its former private equity owner was distributing its shares. Party City shares were already under pressure due to the company's weak earnings, and the distribution threatens to kick off another round of selling.

Thomas H. Lee Partners (THL) took Party City public in 2015, but the private equity firm held on to more than 35 million shares, or 37.5% of the company's total, after the offering. 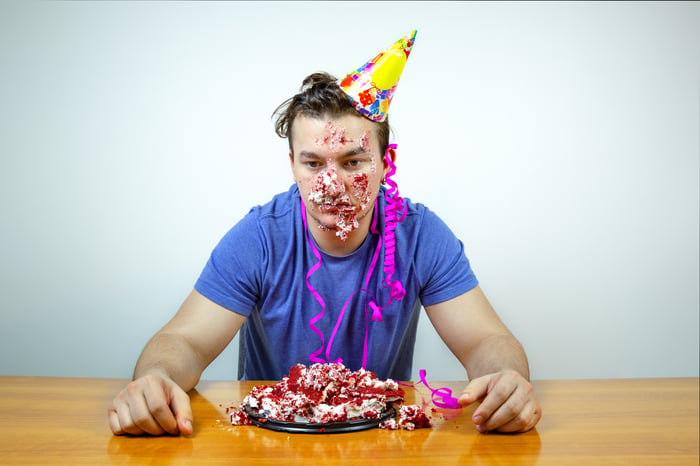 That's all about to change. In a securities filing, Party City said funds affiliated with THL have distributed its shares to their limited partners. Due to the distribution, THL will no longer have the right to nominate directors to Party City's board. But Todd M. Abbrecht and Douglas A. Haber, THL's current representatives on the board, intend to remain as directors.

The shares distributed are subject to a 15-day trading lockup period, but can be sold on the open market once that has expired. 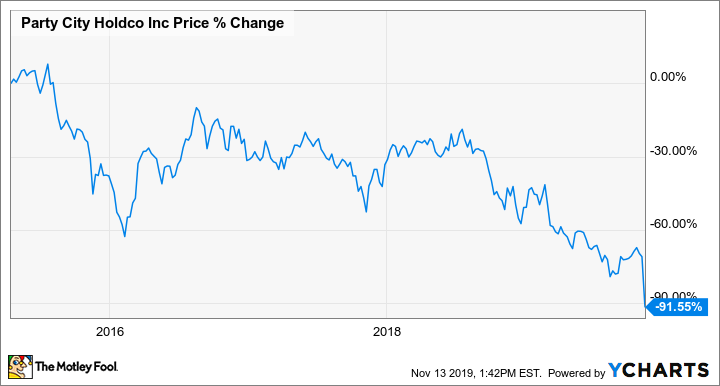 Shares of Party City are now down more than 90% since its initial public offering, and the company has given no indication to expect a turnaround anytime soon. Earlier this month it said it expects same-store sales to fall 2% to 3% in 2019 and for adjusted earnings to come in well below what Wall Street had expected.

Until Party City management can articulate a turnaround plan, there isn't much reason for shareholders to stick around.