Shares of The Kraft Heinz Co. (NASDAQ:KHC), one of the world's largest food and beverage manufacturers, slid as much as 7% lower Thursday afternoon, after Goldman Sachs slapped a sell rating on the stock. 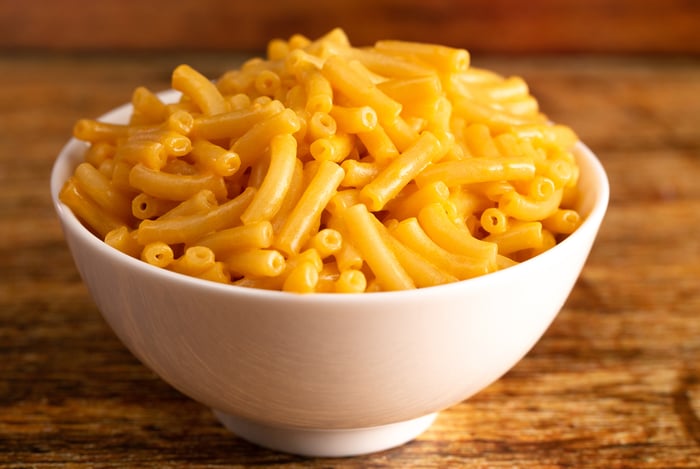 Despite the mini three-month rally, shares of Kraft Heinz have been crushed over the past twelve months; the company has slashed its dividend, and it's logged billions of dollars in writedowns on its brands. Goldman Sachs analyst Jason English said in a note to investors: "In our view, the company has underinvested in multiple areas and now faces renewed cost pressure in dairy, and potentially protein next year." 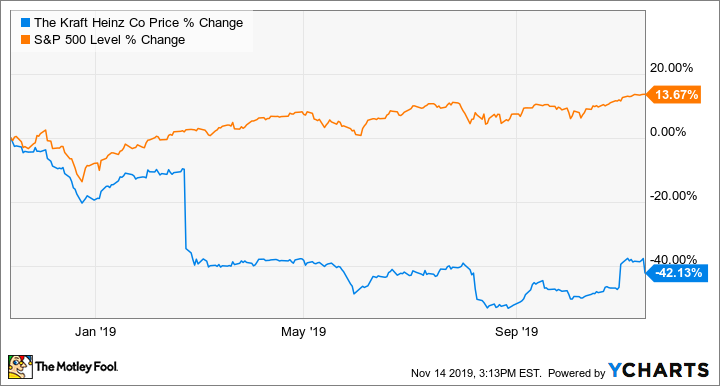 Despite Kraft's decline following the downgrade, it's worth noting that Goldman Sachs' view of the stock isn't anything new on Wall Street: Only a modest 11% of analysts covering Kraft believe the shares are a buy. Kraft reported a solid third-quarter result, and investors are waiting to hear management's plan to reignite growth and improve operating earnings in early 2020.

Investing isn't easy, and every analyst upgrade and downgrade should be taken with a grain of salt. The main takeaway from this downgrade would be to revisit your bull or bear thesis and determine whether anything has fundamentally changed; also be prepared to dive into management's upcoming turnaround plan.