Shares of Xunlei Limited (NASDAQ:XNET) have gotten crushed today, down by 14% as of noon EST, after the company reported third-quarter earnings. The Chinese tech specialist, which offers cloud computing and blockchain technology, saw sales shrink and losses widen.

Total revenue fell 8.3% to $43.8 million, with all segments posting lower sales than a year ago. Cloud computing and other services revenue declined to $20.9 million due to a lack of promotional activities and seasonal factors that hurt live-streaming revenue, Xunlei said. Subscription revenue dropped 10% to $19.2 million. 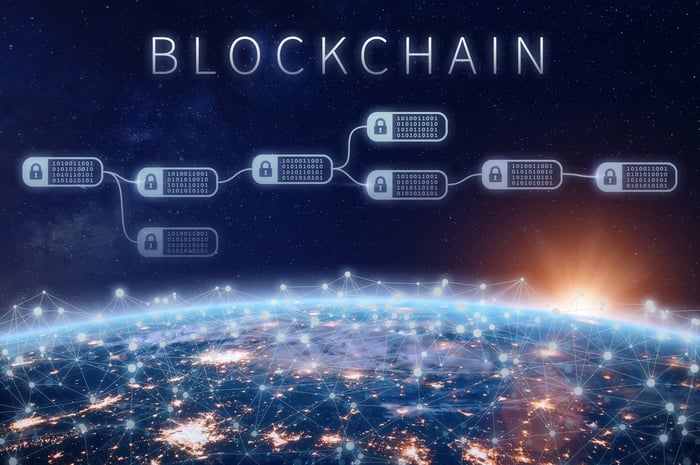 Xunlei incurred a $14.3 million writedown related to a long-term equity investment in a virtual reality (VR) company from 2016. Xunlei had led funding rounds for VR headset maker DeePoon and VR camera company Insta360 in 2016. That writedown was the main contributor to Xunlei's net loss of $24.6 million, or $0.36 per American depository share (ADS). The company posted a net loss of $2 million, or $0.03 per share, in the year-ago quarter.

Despite the weakness in total revenue, we are glad to see continued revenue growth from cloud computing, driven primarily by bandwidth capacity expansion as well as better capacity utilization through technological improvement. Cloud computing has lately become a main driver for our revenue growth. In the past, we invested heavily in cloud computing infrastructure with the expectation of realizing returns on our investment in the future.

Chen also added that blockchain technology has emerged as a promising opportunity that Xunlei will pursue. In terms of guidance, Xunlei expects revenue in the fourth quarter to be in the range of $45 million to $50 million, which would represent sequential growth of 8.4% at the midpoint.