Expectations were high going into MercadoLibre's (NASDAQ:MELI) third-quarter earnings report. Fueled by the massive success of its payments business, MercadoLibre's stock had soared 78% so far this year heading into its financial release. A steep operating loss during the quarter effectively wiped out the company's profits for the year, initially sending investors running for the exits.

Net revenue clocked in at $603 million, up 70% year over year, and up more than 90% measured in local currencies. Expenses more than doubled, though, resulting in a net loss of $146 million and a loss per share of $2.96.

Fortunately, things were not as bad as they initially appeared, and the stock has since gained back its initial losses -- and more. Much of that recovery was the result of details provided in the company's conference call. Here are three key takeaways every MercadoLibre investor should know.

MercadoLibre has waged a highly lucrative and successful war on cash on its home turf in Latin America. As investors probably know, the bulk of MercadoLibre's payments have historically come from transactions on its e-commerce platform. MercadoPago, the company's payment solution, was modeled after PayPal (NASDAQ:PYPL) and tweaked for the Latin American marketplace. MercadoPago became so popular in the region that MercadoLibre began to offer it to others -- first to other e-commerce sites, then to brick-and-mortar retailers.

That move has been hugely successful. CFO Pedro Arnt announced that off-platform payments exceeded those from its e-commerce transactions.

For the first time ever, total payment volume [TPV] away from MercadoLibre's marketplaces surpassed TPV on-marketplaces during the full quarter and did so not only on a consolidated basis but also in our largest market, Brazil.

He went on to say that both Brazil and Argentina -- the company's two largest markets -- are both processing more payments away from its e-commerce platform than on it, accounting for 63% and 52% of payments, respectively.

Earlier this year, MercadoLibre announced a secondary stock offering of more than $1 billion. In a separate agreement, PayPal announced it would make a massive investment in MercadoLibre -- taking a $750 million stake in the company. At the time, MercadoLibre signaled it too would be investing heavily in future growth:

The company intends to use the proceeds to continue expanding its e-commerce platform, to strengthen its logistics infrastructure, and to invest in solutions that further solidify the company's position as a powerful provider of inclusive end-to-end financial technology and payments solutions.

One such spending initiative involved a massive advertising campaign to increase awareness of both its e-commerce platform and its financial services. This resulted in sales and marketing expenses that grew by 129% year over year to $253 million. That increase alone -- more than $142 million -- was nearly enough to account for MercadoLibre going into the red. 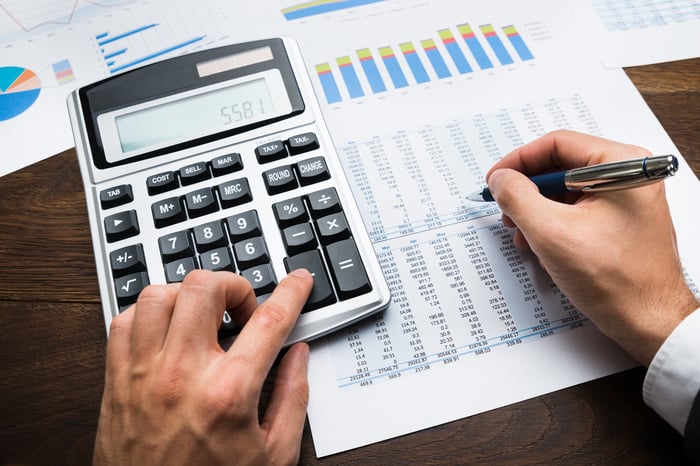 Because of complex U.S. accounting rules, the amount a company reports according to generally accepted accounting principles (GAAP) and the amount it reports to taxing authorities are frequently different. Those differences must be recorded and often result in changes in the value of the tax accounts on the company's financial statements.

MercadoLibre was required to make one of those adjustments during the third quarter, "recognizing a valuation allowance on deferred tax assets in Mexico and Colombia which accounted for $91.5 million and $7.2 million respectively."

This non-cash charge of $98.7 million resulted in an income tax loss of $79 million during the quarter, which also significantly affected MercadoLibre's bottom-line financial results.

It's in the details

The biggest takeaway from the conference call was that the bottom-line results weren't the result of mismanagement or a problem with MercadoLibre's operations. On the contrary, the company is growing like gangbusters and is making strategic investments to ensure that its monstrous growth in the region continues far into the future.