Please ensure Javascript is enabled for purposes of website accessibility
Free Article Join Over 1 Million Premium Members And Get More In-Depth Stock Guidance and Research
By Alison Healey - Nov 16, 2019 at 10:05AM

Record power prices in the Texas power market are benefiting established power generators in the region, and NRG Energy is at the top of the list.

NRG Energy ( NRG -1.17% ) is a New Jersey-based power company that provides electricity and gas to more than 3.7 million customers in several states. The company has a big portfolio of operating generation projects in the power-hungry Texas market that have seen a boost in revenue over the past two quarters. These power plants may be ready for even more upside that could be important to a longer-term investor.

The power market operated by Electric Reliability Council of Texas (ERCOT) has experienced record demand for electricity based on growth in consumption, the retirement of roughly 4.7 GW of older power plants, and a lack of new power projects.The region's reserve margin, or the difference between available generation capacity and forecasted peak demand, has steadily declined since 2015.  ERCOT's spring 2019 report showed the reserve margin at a historic low of only 7.4%.

To ensure power is available, ERCOT uses scarcity pricing during periods of high demand. This means generators are paid a higher power price as a type of incentive to encourage them to keep their assets available for use. Over the past summer ERCOT was forced to use its emergency alert system based on record demand for power, bringing electricity prices to a whopping $9,000 per megawatt-hour for a portion of the day, according to an October report from the ratings agency Moody's.  The region saw prices exceed $1,000 per megawatt-hour based on extreme weather on several other days in the summer. All of these factors mean improved profitability for certain market players, Moody's said. 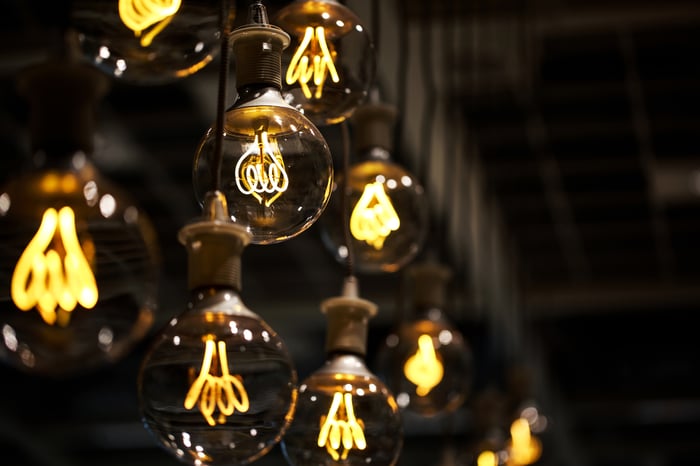 NRG has a massive 23 GW portfolio of gas, coal, nuclear, and renewable generation assets. More than 10 GW of that capacity is in Texas, so continued price spikes could move the needle in terms of overall company earnings per share and revenue. NRG said in its Q2 results it earned an extra $85 million based on "higher generation and higher realized power prices in the Texas region." Unfortunately, the gains were offset by a $86 million decrease in the eastern and western US due to asset sales and deconsolidation moves combined with lower insurance proceeds and lower generation.

In its Q3 earnings released November 7 NRG said Texas-related gains more than doubled those of Q2, coming in at $213 million. Again those gains were tempered by a decrease in the eastern and western US, though the decrease was slightly lower at $84 million. The company also said that beginning in Q1 2020 it will increase its annual dividend to $1.20 per share from $0.12 per share in 2019, and going forward it plans to target an annual dividend growth rate of 7% to 9% per share.

The Moody's report projects NRG and a handful of other generators will continue to benefit financially from the constrained Texas power market for at least the next two years through "stronger energy margins, better financial performance and strengthened credit quality." NRG Chief Executive Officer Mauricio Gutierrez said on July's earnings conference call the company expects ERCOT demand to remain robust and also volatile, "and we know that our business does well when we have both."

Is Texas enough to make NRG a buy?

The Moody's projections only go out two years, which does little for a long-term investor. However, the improved credit quality the report anticipates could put NRG on steadier footing going forward. That could, in turn, set the company up for better borrowing costs and other benefits that could ultimately improve returns for investors. The company has also made progress on plans laid out in 2017 that called for reducing costs, slimming down the business, and reducing debt.

Despite its recent gains and increased dividend, NRG's overall earnings picture is mixed and wholesale power can be a volatile business. Q3 revenue increased slightly to $2.97 billion from $2.96 billion in the same period a year ago, but it fell short of analysts' expectation of $4.4 billion. Earnings per share also came in lower than expected, at $1.45 per share versus the consensus estimate of $1.87. For last year's Q3 the company posted a loss of $0.24 per share.  Investors would be wise to keep an eye on NRG's Q4 earnings to see if Texas gains continue beyond the hottest and most constrained months of the year. If market conditions in Texas remain in the company's favor and it continues to make strides on its financial turnaround NRG may ultimately turn into a buy.