Shares of Dicerna Pharmaceuticals (NASDAQ:DRNA) rose over 22% today after the company announced a partnership with Novo Nordisk (NYSE:NVO). The pair will utilize Dicerna's GalXC technology to develop RNA interference (RNAi) therapies for a wide range of liver-related cardio-metabolic diseases.

The small-cap company will receive an up-front payment of $175 million, an equity investment of $50 million, and can receive up to $75 million in additional payments in the next three years. On top of all that, Dicerna Pharmaceuticals can receive up to $357.5 million in milestone payments for each drug target pursued and royalties on product sales should any drug candidates achieve commercialization. 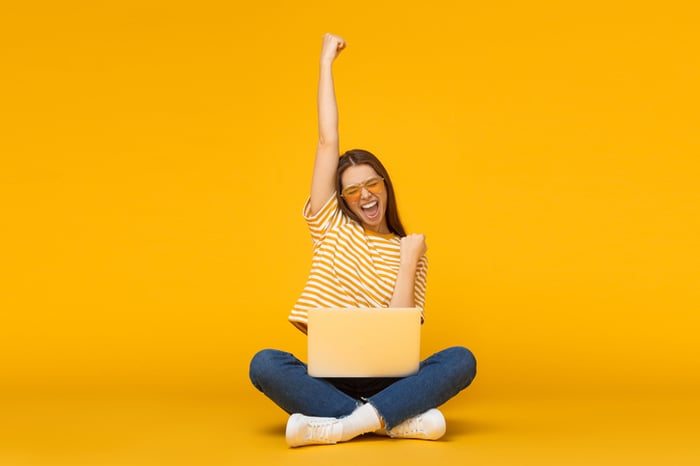 Dicerna Pharmaceuticals developed the GalXC technology platform to overcome inherent safety and efficacy obstacles of earlier-generation RNAi therapies. The idea is to take advantage of natural RNAi pathways within cells to increase the accuracy and effectiveness of the gene silencing approach, while also allowing for targeted delivery of therapies aimed squarely at receptors presented by certain liver cells.

The technology platform has attracted plenty of attention recently. At the end of October, Dicerna Pharmaceuticals and Roche announced a collaboration in hepatitis B that could be worth up to $1.67 billion. The duo appears likely to take advantage of the same approach -- combining an RNAi therapy with a drug that modifies a protective shell of the hepatitis B virus -- that has Arrowhead Pharmaceuticals and Johnson & Johnson on the cusp of developing the world's first functional cure for chronic hepatitis B. The viral infection is responsible for nearly 1 million deaths each year.

The latest deal with Novo Nordisk may not seem as lucrative by comparison, but investors need to dig a little deeper into the numbers. Dicerna Pharmaceuticals and its deep-pocketed partner will explore up to 30 liver cell targets that could lead to drug candidates for chronic liver disease, nonalcoholic steatohepatitis (NASH), type 2 diabetes, obesity, and a basket of rare diseases. That could easily put the value of the collaboration above the $1 billion mark -- and perhaps much higher.

Today's news is a great development for Dicerna Pharmaceuticals. The early-stage company is lining up blue chip partnerships to de-risk the development of its promising technology platform. While it's still very early and investors should remain grounded, announcements in the last month have solidified Dicerna's place as one of the more promising small-cap companies in the biopharmaceutical industry.