Since it's only Tuesday, we've got the rest of the week to slog through. So why don't we focus on the positive while we're marching down the path?

Today, certain markets and indexes closed lower, but here is a pair of stocks that ignored the overall trend and headed skyward. Without further ado... 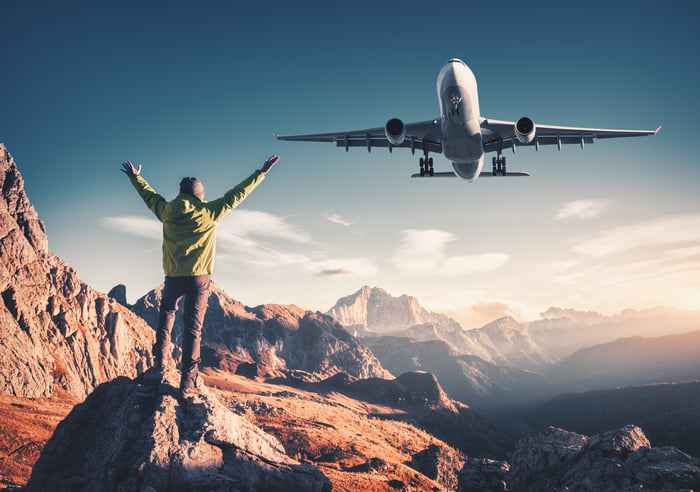 Marijuana stocks, which have been among the market's worst performers of late, received a much-needed piece of hopeful news on Tuesday.

It came from the House of Representatives, specifically that body's Judiciary Committee. The committee said that on Wednesday morning it will mark up -- i.e., discuss, debate, and likely modify -- the Marijuana Opportunity Reinvestment and Expungement (MORE) Act.

This sprawling proposed law would "deschedule" (i.e., remove) marijuana from the federal government's list of controlled substances. It would also enact a set of other cannabis-related legal changes, such as a federal tax on marijuana products.

Marijuana stock investors were cheered by the news, which clearly shows that the political will exists for badly needed cannabis legal reform. Shares of certain cannabis companies, battered by the sector's weak profitability and factors like supply challenges in Canada and heavy taxation in the U.S., rose in sympathy.

One of the major risers (to the tune of nearly 8% on the day) was Canopy Growth (NASDAQ:CGC), a bellwether in this industry. It's possible that investors consider Canopy Growth's cash, cash equivalents, and marketable securities position of over $2.7 billion to be a thick enough cushion to help it get through these difficult times for the industry.

There's also the bottom-feeder aspect of marijuana stocks. Given how far they've fallen so far this year -- Canopy Growth is still down by 43%, even with the Tuesday pop factored in -- some investors consider them to be bargains at the moment.

While the MORE Act news is certainly welcome, like other marijuana reform legislation it's a long way from House committee markup to law of the land. The Senate still has a Republican majority, and many of those lawmakers are not in favor of adjusting current drug legislation.

I think, for a company like Canopy Growth that is generally not doing a great job facing its challenges, I would instead hold out for signs the company is improving its own fundamentals.

Shares of digital identity management specialist Okta (NASDAQ:OKTA) saw a 4% increase on Tuesday, quite possibly due to a recommendation upgrade from an analyst.

Financial services company D.A. Davidson upped its rating on Okta stock from neutral to buy, and raised its target price from $131 per share to $135.

It did so largely on the basis of excellent revenue growth potential and a weakened stock price. Analyst Andrew Nowinski feels that the company could post top-line growth of at least 30% annually over the coming four years. He also anticipates that Okta will be cash-flow-positive starting this year.

Nowinski added that Okta "offers the only neutral platform" of its type, allowing users of numerous sites to gain access via a single login. He also pointed to new products such as the Okta Access Gateway as potential revenue drivers.

Aided by Okta's strong position in its segment, its shares had been on a tear earlier this year. Then the company's Q2 earnings report, which raised some investor concerns about matters such as debt, put the kibosh on that rally. Lately, however, the stock seems to be making a comeback. Sentiments such as D.A. Davidson's are not exceptional.

But we should bear in mind that Okta still has significant amounts of debt relative to its revenue, a situation that always gives me pause, and it's landed well in the red on the bottom line lately.

Yet I'd agree with this latest assessment that the company holds excellent revenue growth potential --a robustly growing top line can solve a lot of problems. Also, the business model seems quite solid to me, and will only become more compelling the more apps and sites we access. It's a risky stock, to be sure, but I'd still consider buying it.