Find out what made these stocks climb on a mixed day for the market.

The stock market once again found itself lacking clear direction, with different indexes moving in opposite directions. Most of the same big-picture issues remained on investors' minds, and weakness in the retail sector weighed on the generally upbeat sentiment that market participants have had about the health of the American consumer. A few stocks were able to post sizable gains despite some of those concerns. JinkoSolar Holding ( JKS -2.52% ), America's Car-Mart ( CRMT -0.67% ), and Myovant Sciences ( MYOV -8.92% ) were among the top performers. Here's why they did so well.

JinkoSolar gets a day in the sun

Shares of JinkoSolar rose more than 10% after the solar panel manufacturer announced its third-quarter financial results. Revenue climbed 12% from year-ago levels during the period, and module shipments increased 13% to 3,326 megawatts. Adjusted net income soared by nearly half from the year-earlier quarter. CEO Kangping Chen believes that the report "marks a turning point for our business," as production costs continued to fall even as shipments rose. Low oil prices haven't helped renewable energy stocks lately, but JinkoSolar is making smart moves and sees brighter skies ahead. 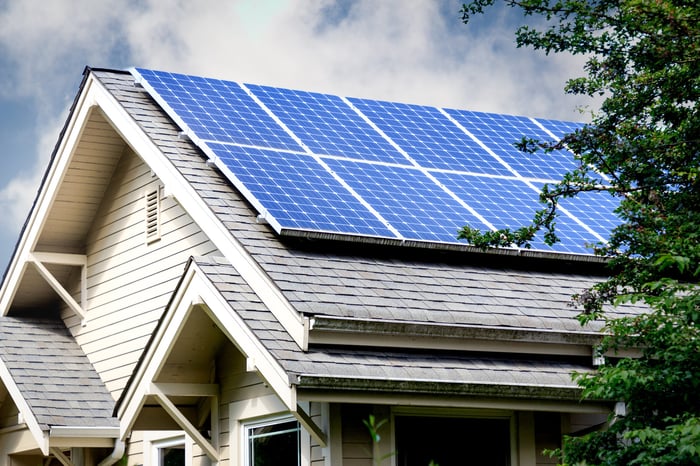 America's Car-Mart saw its stock climb 10% following the company's release of fiscal second-quarter financials. Earnings jumped 23% from the year-ago period, and a 12.2% rise in same-store sales pointed to a healthy environment for the auto sales and finance specialist. America's Car-Mart sold almost 9% more vehicles than it did during last year's fiscal second quarter, and internal metrics like retail units sold per month and gross profit per unit sold showed modest gains. There's some uncertainty right now about the likely future course of the auto industry, but little in America's Car-Mart's report pointed to an imminent downturn for the company.

Finally, shares of Myovant Sciences skyrocketed 115%. The biotech company gave investors good news in the form of clinical results from its phase 3 HERO study of relugolix, its prostate cancer treatment candidate. Relugolix did extremely well, proving itself as an effective method of suppressing testosterone without creating undue adverse safety concerns. In response, Myovant now believes that it will seek approval for the drug from the U.S. Food and Drug Administration next year. Today's move shows just how high shareholders' hopes for relugolix are, but with advanced prostate cancer being a serious health problem, it's not surprising that a potentially game-changing drug would be valuable for the medical community and investors alike.