Netflix (NASDAQ:NFLX) has built its business around a binge model. It releases entire seasons of its shows all at once, allowing consumers to consume them quickly if they choose to do so.

That's seemingly a pro-consumer strategy. You get to watch a series as quickly or as slowly as you want without the artificial delay created when traditional networks space out new episodes over weeks or months to fill air time.

In reality, Netflix might be doing a disservice to its shows and to its viewing audience. By releasing its series seasons in the all-at-once fashion, it's lessening the chance a show has to become a hit and hurting the shared experience truly good television can foster. 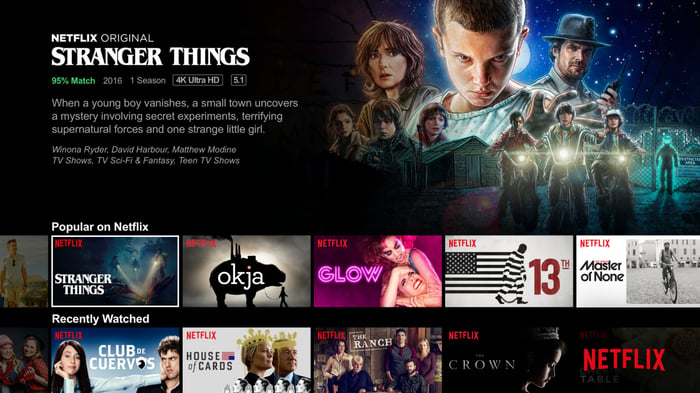 Netflix releases most of its shows one season at a time. Image source: Netflix.

Is Netflix making a mistake?

Walt Disney has chosen to release episodes of its new Star Wars show The Mandalorian on a weekly schedule. That has made each episode of the series a media event. Television critics do breakdowns of the episodes, and websites like The Ringer do multiple stories examining what has happened in each show.

Disney releases new episodes on Fridays. That gives subscribers the full weekend to watch the show and then talk about it online or at work on Monday.

That kind of media coverage and water cooler discussion make the show seem like an event. They also keep it in the media spotlight for the full length of its run.

Operating this way allows a show to build word of mouth. That's less important for an established series, but it could be critical in helping a newer show build an audience.

When Netflix releases a series season -- be it a returning hit or a new show -- the offering gets publicity the way a movie does. There's a big push for a few days and then little or nothing more. That generally causes the show to be received like a movie, with much of its viewership happening in the first few days of release. This doesn't mean a show will never start slow then build an audience, but a full-season release makes it harder for that to happen.

Netflix has released some of its comedies and talk shows on a more traditional once-a-week schedule. That strategy is generally driven by the need for those types of shows to be topical. It also has released new seasons of select reality shows like the popular Great British Baking Show on a weekly basis (in this case because of a special arrangement with show owner Channel 4 out of Great Britain that shows it live there each week).

If the streaming service released its serialized dramas and comedies that way, it might develop more hits. Yes, some consumers would complain because they enjoy watching a series in a few days, but those same people might also enjoy being able to discuss the show as it progresses with friends and family.

When a series is released in bulk, there's no standard for when it's OK to talk about things that might count as spoilers. That severely limits word of mouth for shows, because big fans who want to act as evangelists can't say much until weeks or even months have passed.

Making this change seems drastic, but the reality is that Netflix has a huge archive of binge-able shows. Putting new releases on a traditional schedule would almost certainly bring more attention to its biggest programs and could give lesser fare a chance to find an audience.

This isn't about filling airtime. It's a way for shows to be communal experiences and for lower-profile efforts to have a better chance at succeeding.