Shares of Lowe's (NYSE:LOW) were up 4.9% as of 11:15 a.m. EST Wednesday after the home-improvement retailer announced better-than-expected third-quarter 2019 results.

More specifically, Lowe's quarterly sales fell slightly from the same year-ago period, to $17.39 billion -- technically below the $17.68 billion most analysts were anticipating -- including a 2.2% increase in comparable-store sales. But that also translated to adjusted (non-GAAP) earnings of $1.41 per share, up a whopping 35.6% from $1.04 per share a year ago. Analysts, on average, were modeling earnings of $1.35 per share. 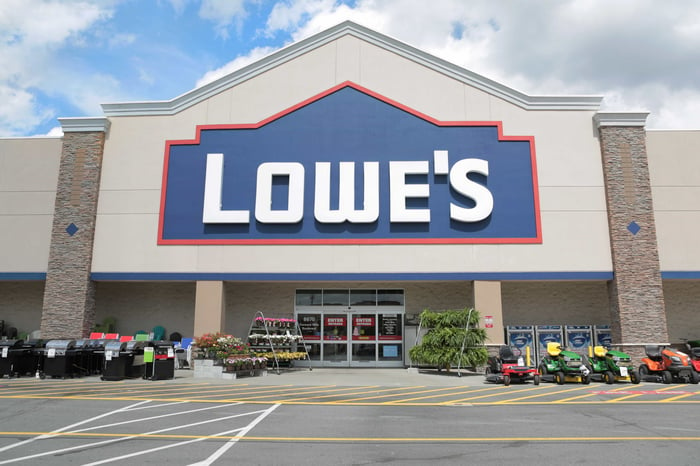 As a result of a strategic review of its Canadian operations, during the quarter, Lowe's also detailed plans to close 34 underperforming stores, undertake initiatives to improve operational efficiency, and reorganize its corporate support structure in the country.

"We were pleased with the performance of our U.S. home improvement stores, which reflects a solid macroeconomic backdrop and continued progress in our transformation driven by investments in customer experience, improved merchandise category performance, and continued growth of our Pro business," stated Lowe's CEO, Marvin Ellison. Ellison further credited "improved execution" for the company's relative bottom-line outperformance.

In the end, though Lowe's top-line growth didn't exactly impress, there was little not to like about this beat-and-raise performance, and Lowe's stock is simply responding in kind today.