Please ensure Javascript is enabled for purposes of website accessibility
Free Article Join Over 1 Million Premium Members And Get More In-Depth Stock Guidance and Research
By David Haen - Nov 21, 2019 at 7:00AM

This global pharmaceutical company has a healthy dividend and a bevy of new drugs set to enter the market in the coming years.

December will mark the one-year anniversary for the initial listing of American depositary shares on the New York Stock Exchange by Takeda Pharmaceutical ( TAK 1.76% ). Many U.S. investors are unfamiliar with the name, likely due to its relatively recent listing on a major U.S. exchange.

Founded in Japan over 230 years ago, Takeda makes and sells drugs around the globe. Roughly 86% of its 50,000 employees work outside of Japan. Its most well-known products in the U.S. are diabetes drug Actos, Prevacid for heartburn and ulcers, and Adderall XR and Vyvanse, which treat attention deficit hyperactivity disorder and certain eating and sleeping disorders. Takeda's key business areas are rare diseases, neuroscience, oncology, gastrointestinal diseases, and plasma-derived therapies. 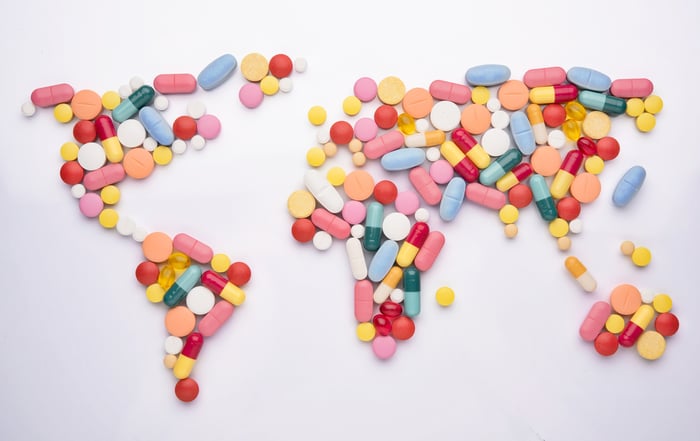 Takeda wrapped up its $62 billion acquisition of Shire in January 2019, touting that the combined companies generated more than $30 billion in annual sales. That's quite impressive, as revenue growth in the first half of 2019 exceeded 88% year over year. But the gain was attributable to the newly acquired Shire products. Sales of legacy Takeda products were essential flat.

To buy Shire, Takeda took on boatloads of debt. Ample cash flow enabled Takeda to pay down about $5.4 billion during the first half of this year. This effectively deleveraged the company from 4.7 times net debt to adjusted EBITDA on March 31, to 3.9 times on Sept. 30. Takeda aims to lower this ratio to 2 times within three to five years.

It hopes to raise an additional $10 billion by divesting noncore businesses. The company has announced three divestitures in 2019 producing roughly $4 billion in up-front payments and another $1.9 billion upon attainment of certain milestones. Investors can expect to see more, but the timing is unpredictable.

Based on successful integration efficiencies and favorable business momentum, the company increased its full-year guidance for operating profit to 930 billion yen ($8.5 billion) from 910 billion yen. Its revenue forecast is slightly down from the prior quarter, primarily driven by foreign exchange. It reports in Japanese yen even though 49% of the company's sales originate in the U.S.

Investors should note that Takeda pays one of the healthiest dividends among big pharmaceutical companies, currently yielding over 4%.

A slate of new medicines

At its R&D Day on Nov. 14, Takeda highlighted why investors should get excited for the future. Starting with its 14 existing global brands, Takeda announced "at least 20 additional indications and major market expansions" will drive growth through fiscal year 2024. On top of that, the company said that 12 new drugs could be approved for up to 14 different disease indications during the same time period. The dozen molecules in development are either best in class or first in class, according to Takeda. Pivotal trials are already underway for eight of them. 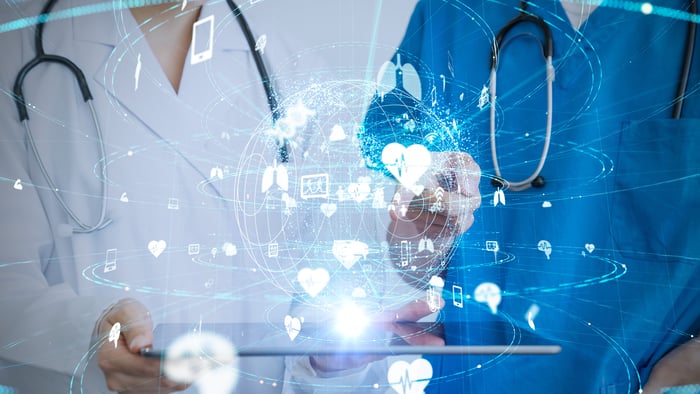 Takeda's prospects look promising, but is that already reflected in the valuation? The current market cap sits around $65 billion. Keep in mind that's not much more than the $62 billion it paid for Shire but investors get the benefit of products from both companies under one roof.

Investors must keep focused on the company's ability to generate income while paying down debt. Headwinds on new products could translate into significantly less cash flow. On the positive side, Takeda's broad portfolio of drugs in multiple disease areas means it could always sell off a business if it absolutely had to, although that's a low-probability event. The stock has begun reawakening over the past few months, so investors should jump in now if they like what they see.

Novavax Partners With Takeda to Sell Its Coronavirus Vaccine in Japan