Spotify (NYSE:SPOT) is already the top dog in the digital music service industry, and the company was quick to remind everyone of that in its third-quarter letter to shareholders. Spotify shared some interesting data about how its app compares to some of its competitors. For instance, Spotify claims to add twice as many subscribers per month as Apple while boasting a much higher monthly engagement and a lower churn rate than the iPhone maker.

Despite its strong position in its industry, Spotify isn't resting on its laurels and allowing other tech companies to catch up; quite the contrary. The company has launched several campaigns to increase its hold in the industry, most notably its efforts to boost its podcast content, which is working wonders so far.

And Spotify recently made another move that could pay rich dividends down the road. The company has introduced a stand-alone app geared toward younger audiences: Spotify Kids. 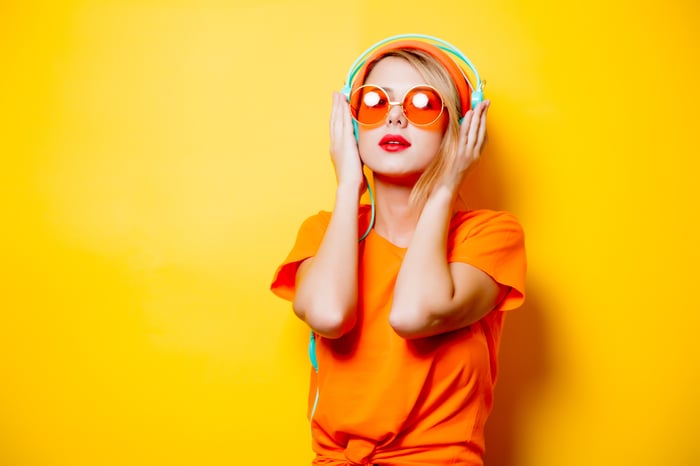 What Spotify Kids is all about

Spotify announced it would launch a beta version of Spotify Kids late last month. The app will be available in Ireland and will initially have about 6,000 pieces of content that were approved by a team of expert editors. Spotify is planning on making the app more widely available eventually, but the company did not specify a timetable for its release in other countries.

Why choose to launch this new app? As the company argued, digital music apps are generally aimed at older audiences, which means the market is ripe for a stand-alone app that primarily targets younger users. That is precisely what Spotify Kids is -- and it isn't just a pale copy of the original, either.

Beyond music, Spotify plans on offering other types of audio content on the app that would appeal to younger audiences. Of the 6,000 pieces of content available on the beta version of Spotify Kids, a minority are age-appropriate stories.

There is one major reason Spotify chose to launch a beta version: A plethora of regulatory rules govern what kind of content can be delivered to a young audience. The company plans on testing the waters while strictly adhering to the rules as set forth by the relevant authorities before launching the app elsewhere.

Why this could be a big opportunity

Spotify's Family Plan is performing well. According to the company, during the third quarter, "Net Subscriber growth exceeded our expectations and was led by strong performance in both Family Plan and Student Plan." Spotify Kids requires a Spotify Family Plan subscription, and considering the popularity of the latter, no doubt many parents will look forward to downloading the new app. After all, this would save them the trouble of having to endure their children's content on the original app. In other words, Spotify Kids could help the company strengthen an already popular feature it offers its customers.

Further, since younger users will now have a space all to themselves -- a "playground" as Spotify called it -- with audio content that is fine-tuned to their preferences, this could create an opportunity for Spotify to grow its audience even more. Therein lies the genius behind linking Spotify Kids to the company's family plan: Since the app appeals to young users, parents who might not have considered purchasing a family plan before might do so now just to allow their children access.

If this provides a boost to Spotify's ecosystem -- as the company hopes -- it will add to its competitive advantage, which is already stronger than that of any other digital music provider. In short, Spotify could benefit immensely from this new venture.